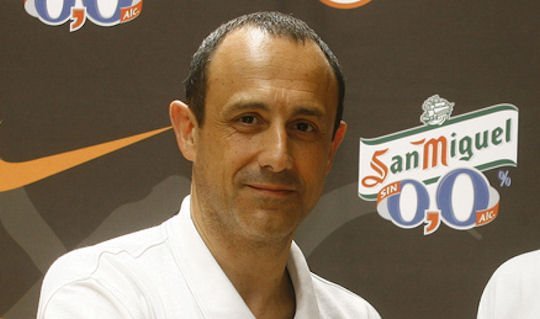 Here is an interesting story about Quin Synder and Ettore Messina:

Quin Synder was an assistant coach with the Los Angeles Lakers in 2012 when he announced that he was leaving for a club in Europe. He had just gotten out of the D-League and onto an NBA bench. What was he doing? Coach Snyder was heading to CSKA Moscow to be the assistant coach for Ettore Messina.

Coach Synder credits Ettore Messina for preparing him for an NBA Head Job and giving him one of the best personal relationships that he has ever had.

When Coach Messina was the head coach in Madrid when someone gave him a paper that was written by Quin Synder on analyzing the pick and roll. They both worked together with the Los Angeles Lakers and got to know each other. Ettore Messina asked to be let out of his contract to go back to CSKA Moscow. Ettore Messina asked his new friend to join him.

Coach Synder called Gregg Popovich to see what he said about the offer. Coach Popovich told him just to go over there and open your eyes. That you will be amazed every day. Synder watched how Messina did practices, studied how he took advantage of match-ups and worked his substitutions.

Coach Snyder found out that CSKA Moscow was as good an organization that there was basketball worldwide. Snyder learned from the top clubs like Barcelona, Tel Aviv, and Madrid.

Coach Snyder found Ettore Messina to be one of the most brilliant basketball minds that he has ever met. He knows that Ettore Messina would be a great head coach in the NBA.

He introduced him to another culture of basketball and mentored him through it. He will always be Ettore Messina’s assistant in his mind. He has that much respect for him.