Today I bring you a set play I have used during my time involved with my earlier years of coaching when I was just starting out. As a matter of fact, I had forgotten about this play, and unfortunately did not have it filed, as this was in the pre-FastDraw era. I actually woke up in the middle of the night, remembered it and placed it in my FastDraw before drifting back into dreamland. This play is from the early days of the Thunder, long before Scott Brooks was on the hot seat, and years during in which James Harden still wore the Thunder blue and orange. Billy Donovan was still enjoying that Florida Sunshine and I was at the junior high/varsity assistant level of coaching. Another humorous side note was that the “Beard Like Harden” parody was a big kick on Inside the NBA, good times. 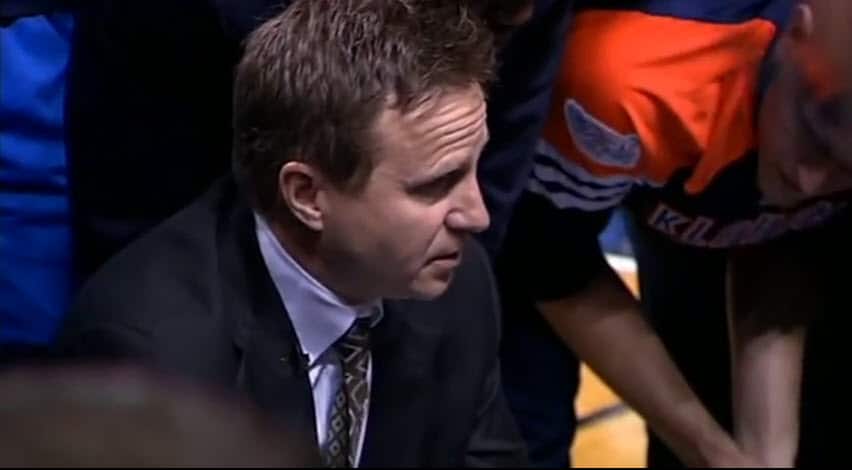 Okay enough of a trip down memory lane, this set play is very effective against zones who really extend their guards and by default leads to the big lifting after multiple guard actions to sort of put the defense to sleep if you will. I have used this set vs. a 2-3 and a 1-2-2 but it is my opinion it is most effective vs. a 2-3(all comes down to execution). When I ran this zone lob play in junior high I was blessed with a kid who was very athletic and much quicker than most kids at his age, with just a small window he would be able to go up, get the basketball, and have the skills to finish pretty successfully at the rim. This kid would also go on to play varsity basketball as a freshman, so as far as junior high was concerned, this was a great year, that I often reflect on, as I was growing as a coach, a young bright eyed college kid just trying to get his foot in the door, dreaming about when he would finally get his opportunity at the next level. I hope you all can potentially use this set, or maybe tuck it away for a late game bucket vs. a zone defense, or perhaps for a time where you draw something up for m2m action, but the coach does the old trick of switching to zone out of the timeout in anticipation for your m2m action you just drew up, or maybe you just read this article and enjoyed a trip down memory lane yourself.

Best Wishes to you and yours!