The sad part about this story is that it’s not unique, it’s not unusual, and it’s highly recognizable by most coaches around the country. Here’s what I saw at the worst basketball practice that I attended recently:

Why it’s ineffective: No basketball involved. No context or skill development.

Why it’s ineffective: No defensive pressure, no chance for players to improve at handling game conditions.

Why it’s ineffective: This drill eliminates the “read, plan, act” learning method that all players must operate under to improve. Players get grooved into one read, one plan, and simply perform the act of shooting. This drill usually produces much higher results in shooting percentages in practice, but does not have the carry over/retention that coaches would want in a game.

3. Rebounding box out drill. 4 v 4 with the coach shooting a basketball to start the drill

Why it’s ineffective: All defensive players are given too much information about when and how the shot will be taken and who to box out. This drill removes game context from rebounding and makes it a rote memorization drill that again has no transfer and will not improve team rebounding ability in games. 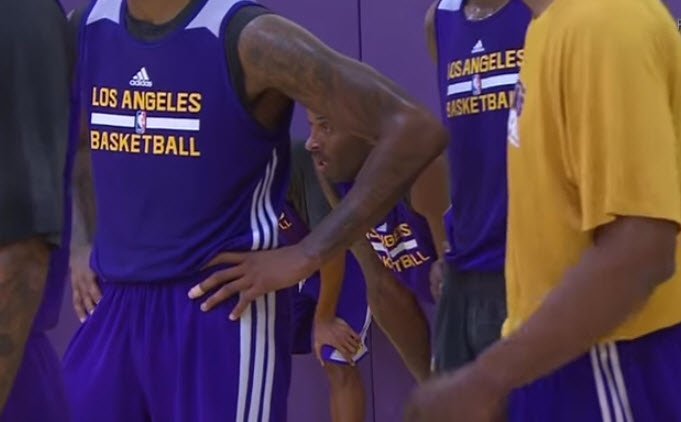 Why it’s ineffective: Because 5 v 0 basketball does not exist. A defense of some sort will always be in place and it’s primary goal is (or should be) to take your team out of structure. The more randomized a defense can make the game, the less likely a robotic team will be able to react and make plays.

Why it’s ineffective: No pressure on the offensive team to perform skills and an unrealistic non game-like situation wherein players are always given more space and more time than they would have in games.

7. Pivoting drills with one player

Why it’s ineffective: This is another skill being taught to players that does not actually exist in competitive basketball. If we want our players to make layups, the best way to teach them is to put them in game-like situations and see how they perform, make corrections on the fly, and then continue to put them in situations where they can perform the skill against defensive pressure. No amount of uncontested layup line practice will improve your players’ percentages under game conditions.

Why it’s ineffective: Without defensive pressure, this amounts to a lesson in trick learning. The real skill of handling a basketball is about dealing with pressure, making excellent reads, protecting the ball from a defense, and consistently executing good decisions. No amount of fancy dribbling skill can replicate this learning process, and it’s for good reason that most of the players on the And1 MixTape Tour did not make good game condition ball handlers.

Why it’s ineffective: Although this scenario is technically “game-like”, it has several distinct flaws. First of all, it robs the starting five of a chance to push itself against more difficult competition. A starting lineup that spends all of its time operating against a second unit from their same school is not going to improve. Better to mix up the teams and let players fight it out for superiority under more even conditions.

Secondly, with no parameters, the coach has given too much freedom to act in ways that might be detrimental to the team on game day. Without precise demands on every act, players will drift away from the fundamentals that they should be applying to game situations. Game-like practice is the only way to truly get better, but it must be clearly noted that game-like practice does not mean simply scrimmaging for two hours every evening. In order to be game-like, an offense and a defense must be present. Beyond that, coaches can tweak practice to meet their individual team needs. Do not get lulled into thinking that scrimmaging is making your team better. Scrimmaging under increasingly difficult parameters will make your team better. Scrimmaging with no parameters keeps you running on a hamster wheel.

This is a waste of time. The shooter is able to read, plan, and act uniquely only one time, the very first free throw. After that, the reading and planning disappear and it becomes a rote repetition under non game-like conditions (i.e. almost never is a shooter going to attempt more than three straight free throws in a game). The most important free throw to shoot is the first one, after that, the shot loses its context.

There are many excellent resources on why these and many other drills are so wildly ineffective (yet so widely used) to train basketball players. Some excellent resources include Unconventional Coaching by John Leonzo, and Fake Fundamentals by Brian McCormick.