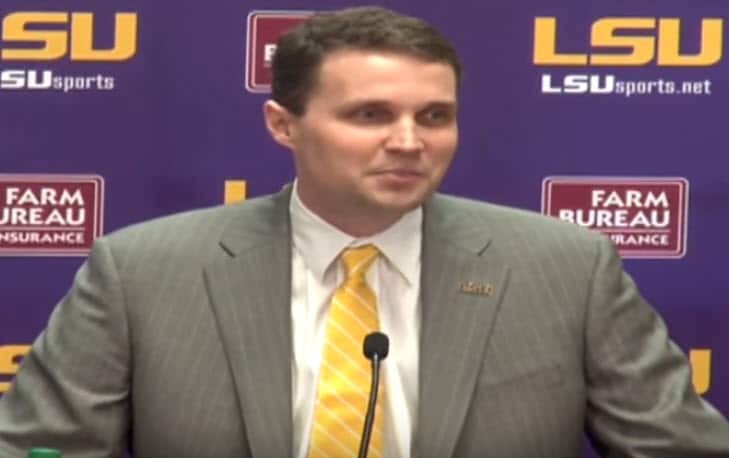 Will Wade is going to bring something different to the LSU program. It’s going to be enthusiasm and ambition. Coach Wade began changing things in the LSU program at his press conference. They had the news conference at the LSU Student Union so the students could be involved.

Johnny Jones is a great guy, but apathy was bad in his final year. Things had gone stale, and there was a sharp decline in student attendance.

Will Wade is bold, brash, and confident. Ed Orgeron and Coach Wade have a lot of things in common. Coach Wade is a cross between Ed Orgeron and Nick Saban. He is fiery at Coach O but in a less emotional way. He is firm and convincing while he preaches things that resemble Nick Saban’s “process” talk.

Coach Wade said all the right things that the fans want to hear. I believe that the LSU basketball program is indeed heading in a different direction.

He didn’t say the routine things like being aggressive on offense and defense. He told them they are going to change the culture of LSU Basketball. He thinks that LSU is a sleeping giant regarding basketball and that he is the perfect person to wake it up.
.
Coach Wade is ambitious, and this is why LSU hired him. I think that he is the perfect guy for the job. He called Dale Brown’s LSU teams as small pockets of success, and he has a tremendous vision for LSU.

Coach Wade tells recruits that he is a dream maker and that he will paint a future for LSU basketball that they have never seen before. It’s time for him to make that dream turn into a reality.