What writing for Men’s Basketball HoopScoop did for me 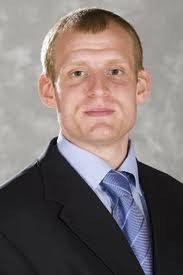 As I am set to begin my fifth year of college coaching, I would like to harken back to how I got my start: as a contributor to your site in my days as a student manager for the basketball team at Fordham University.

Although my time as contributor ended over five years ago, I still feel the effects of my tenure years later. The first thing my time at Men’s Basketball HoopScoop did for my career was force me to put my personal growth into my own hands. Because of the rate at which I was contributing to the site, I was forced to constantly be looking for new ideas. My role as contributor challenged and stimulated my development on a daily basis.

Another way in which working at Men’s Basketball HoopScoop has helped my career is the networking aspect. Five years removed from working with Coach Peterman, I am still asked at least once a week, “Hey aren’t you the guy that used to write for HoopScoop?” It’s a corny line, but there’s truth to the saying “It’s not who you know, it’s who knows you.” Coach Peterman’s site gave me a platform in which my name and work could be displayed to coaches everywhere.

I thank Coach Peterman for the opportunity at Men’s Basketball as I understand the vital role it played In helping me advance my career.

Sidenote: Contact Coach Peterman at mensbasketballhoopscoop@gmail.com for details on becoming a contributor.