The University of Washington Huskies Football Coach Chris Petersen has his idea of “Our Kind of Guy” (OKG). What is your type?

Many coaches talk about finding kids that fit into their programs culture, but no one may talk about it more or do a better job at finding “Our Kind of Guy (OKG)” than the University of Washington Football Coach Chris Peterson.

I first read about his culture and recruiting philosophy when he was at Boise State. While many coaches were out looking for the most talented players they could get their hands on, Washington Huskies Football Coach Chris Petersen was looking for the right fit into a culture that was upsetting the social hierarchy of football. While at Boise, they had plenty of talented players but weren’t landed the heralded 5-star recruits that Power 5 schools were able to go after. So they targeted specific kids that might not have been as talented, but fit what they were looking for.

On July 28, an article on ESPN was written by Adam Rittenberg talks about Peterson’s approach to recruiting “OKG’s” and how despite moving to a Power 5 school, his attitude hasn’t changed.

Why Chris Petersen believes Washington can have it all

In the article, Washington Huskies Football Coach Chris Petersen makes it clear that they don’t just take “saints”. They aren’t looking for the perfect players since they aren’t out there. They aren’t only taking kids with two parents or a lot of Eagle Scouts. The coaches are looking for guys that fit into the Huskies Locker room.

The Washington Huskies evaluation process isn’t perfect, but they did miss in their first couple recruiting seasons. Some players will be a certain way around coaches, but players will know how a kid is in the locker room.

When a first-year student enters that locker room, all the hype about him goes out the window and he has to prove himself all over again. The players will check those young kids quickly. You can’t have an ego as a freshman because you aren’t in high school anymore. You are at the bottom of the totem pole again.

And what happens when they don’t fit in?

Petersen: “If a kid is there and it’s not fitting, they either get him in line, or we weed him out.”
So what exactly is an “OKG” (according to Peterson)?

In a Forbes article in 2013, Washington Huskies Football Coach Chris Petersen describes what they look for in an OKG:

All the Boise State recruits are evaluated in some parts like Character, Football Intelligence, Toughness, Attitude, and Effort. Petersen looks for players that have high performance and a little ego.

Boise State Football And The Blueprint For Organizational Greatness

While he is never fully detailed on what constitutes an OKG, he says it is all about development- player and people development. It is much more than the football field- development of the individual in the classroom, life, every facet of their life.

Chris Petersen is not the only one to use the term OKG. Virginia Tech Men’s Assistant Basketball Coach, Josh Chambers posted this to his twitter: 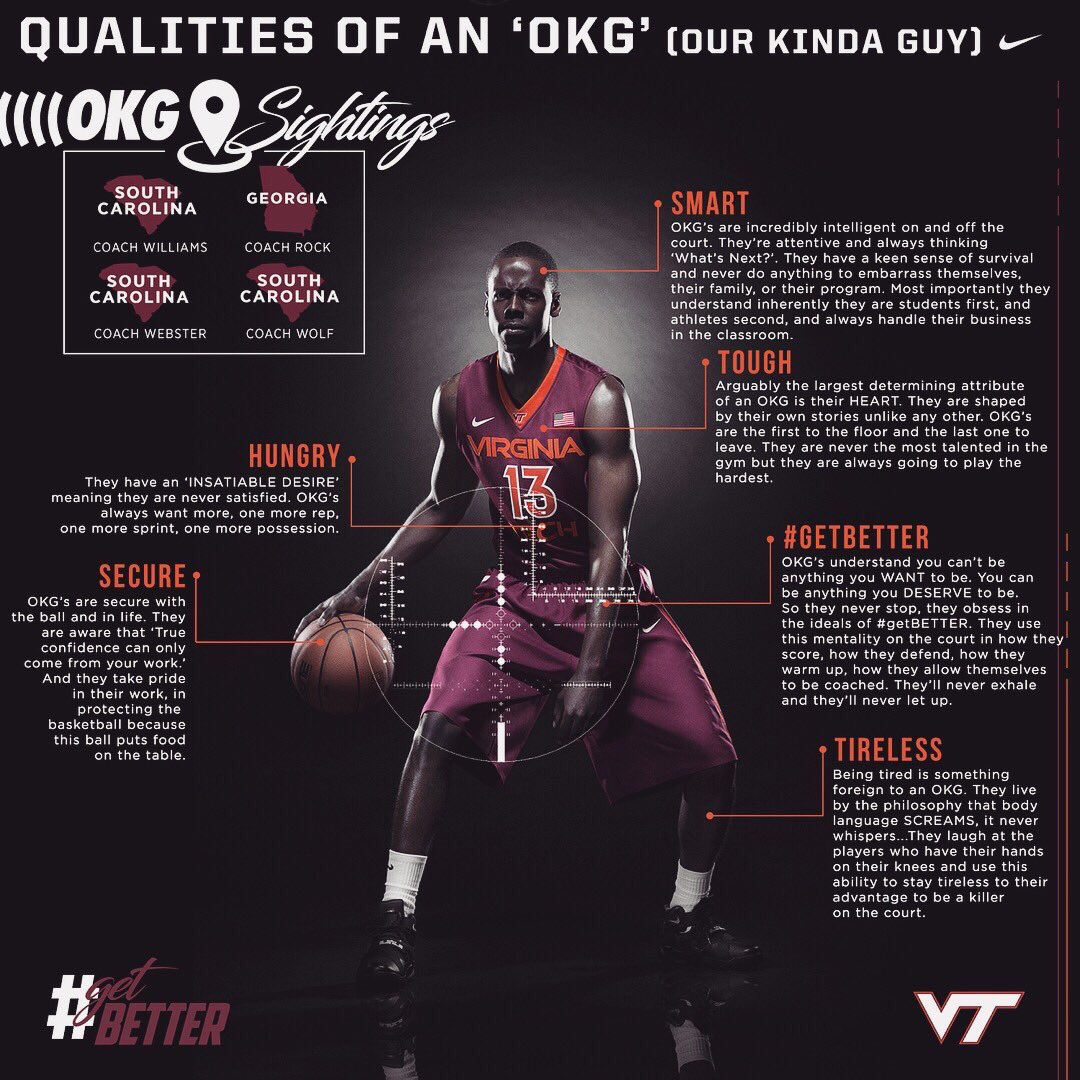