As our game constantly evolves, our teaching and implementation of our offensive systems are forced to evolve. One offensive system in particular is being implemented more and more every year and that’s “4 Out 1 In Motion” or “Motion” offense. In order for this system to be effective, players must understand how to maintain proper floor spacing and movement in these Motion Offense Principles. Spacing and movement have become offensive themes for teams all over, both at the NCAA and NBA levels. Helping your players understand the effectiveness of good floor spacing and movement (both player and ball movement) will lead to more efficient offensive production. Proper floor spacing and floor balance helps to provide the better driving lanes, screening angles, cutting opportunities which leads to more efficient offense.

The problem players run into, when trying to gain an understanding of the Motion Offense Principles , is how to operate without the ball in their hand. Players, most times than not, think that they’re most effective with the ball in their possession and that’s not true. The better, more efficient teams in the country typically have high assist per game totals, pretty good field goal percentages, and play with good pace in the half court which makes them hard to defend. The combination of player movement, which involves cutting, spacing, and screening, and ball movement can be really effective when done right.

During my years as both a former player and current coach, I’ve observed that understanding this offense isn’t easy. It takes time and, most importantly, patience. If there are players who have a constant need to have the ball in their hands it can be a constant struggle. One way my former coach/boss, Jim Yarbrough, helped us gain a better understanding of Motion Offense Principles was through the use of “2 on 0” pass and screen away drills. Using one of the top guard and wing spots, we would basically cut the court in half and use one side to demonstrate any action. By doing this, we’re helping players get a basic idea of spacing and floor balance. This way a coach can explain and teach, in detail, the basic fundamentals of the system such as player movement, screening (types and angles), cutting, and setting up to receive a screen. In my opinion offenses become stagnant and stall because there’s some confusion. The confusion arises when players stand around because they may not know who is setting and receiving a screen or which spot needs to be filled so players will stand around waiting for one another to make a move, guys will dribble the air out of the ball, and settle for bad shots. 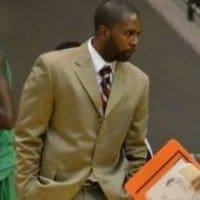 In the 2 on 0 drills, the players learn how to play off of one another. The main thing I preach is spacing when I help the players understand. Spacing allows players to read one another better. It gives players more gaps to drive into after the ball is swung; with better spacing screening becomes more efficient as screeners can see who it is they’re screening, and the player receiving the screen has the ability to read the screener’s angle and set up his defender; and most importantly the ball moves better.

It’s not enough to simply move and cut when you’re incorporating these Motion Offense Principles . With this type of free flowing style if your players don’t understand how to play off of one another the offense will struggle. Regardless of how good a player may be as an individual talent, there are still nine other bodies on the floor and five of them are taught ways to contain him. As I’m teaching our guys how to operate within the framework of what we want, I’m also using this as a chance to get our more individually gifted guys brought it. The fact that they want the ball in their hands all of the time doesn’t make them selfish because it’s how they have always played and what they’ve seen on TV; but helping them understand that they’ll have chances to make their individual plays within the flow of the offense will put them at ease over time. The players will need direction. Even in an offense like this where there may not be much structure, players will still need some direction or a way to help them use their imagination. How we deliver the message is crucial in getting the players to buy in because we’re trying to get them to trust something they aren’t comfortable with. We’re also trying to get them to trust that we aren’t trying to restrict them rather we’re trying to help them. Like all of us, there will be a bit of resistance to change and they won’t fully commit unless they see immediate benefits.

I’ve incorporated 2 on 0 drills into my skill development plan after a rough start to the season. The guys were confused on exactly what the problem was; why we struggle to score, why our offensive numbers were down, and exactly what the coaches wanted from them. I’ve attached a few diagrams which will explain the 2 on 0 motion drills that I was introduced to and that I still use when I bring in players for extra work. Slowly but surely the guys are getting an idea but as I stated earlier this will take time and patience, both of which are in short supply. Typically I’ll bring the guys in in groups of 4 or 6. This way there won’t be many guys standing around watching, everyone gets a pretty good amount of reps and, most importantly, the focus is better. Often times I’ll get involved in the drills; playing a dummy defender when we go through screening segments, being another passer, whatever helps the players gain a better understanding. I’ve included a simple diagram of the 2 on 0 drills that I’ve been taught when I played college ball and that I use currently. The diagram comes with explanation and details which will aid in the explanation.

We use basic screens to begin; fade screens and down screens. But the idea remains consistent throughout. Ball reversal, proper spacing, proper screening, and floor balance. Once the players get more and more confident and efficient, we will add two defenders.

Click on the pdf link to see the diagrams on the Understanding Motion Offense Principles: