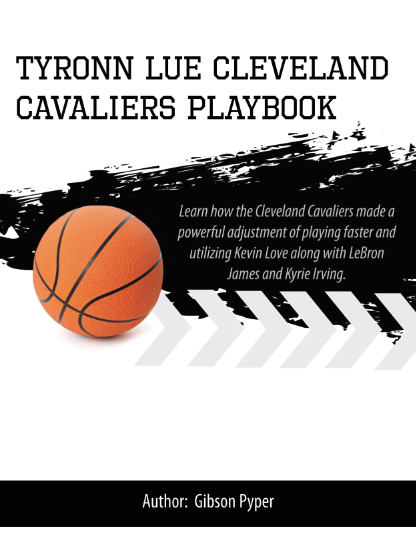 Tyronn Lue led the Cleveland Cavaliers to the 2015-16 NBA championship behind a powerful adjustment of playing faster and utilizing Kevin Love along with LeBron James and Kyrie Irving, allowing them to be the best they could be. As well as speeding up the tempo and involving Love more, the half court sets and after time outs he designed were incredibly effective and allowed the Cavs offense to flourish.

This was the moment many people in the NBA and social media community started to notice Lue’s X’s & O’s when the Cavs scored on 7 straight possessions against the Raptors in the Eastern Conference Finals. It is a simple Horns set with LeBron at the 4, and either Kevin Love or Channing Frye at the 5 spacing the floor in the corner. The point guard passes to LeBron at the elbow and cuts into the paint and sets a Rub screen for the 3 man who was typically Richard Jefferson so the defense could not switch the screen. After the point guard comes off a dribble hand off from LeBron, who then rolls to the rim. As LeBron rolls, the 5 man in the corner lifts to prevent his man from helping and made this set extremely deadly. 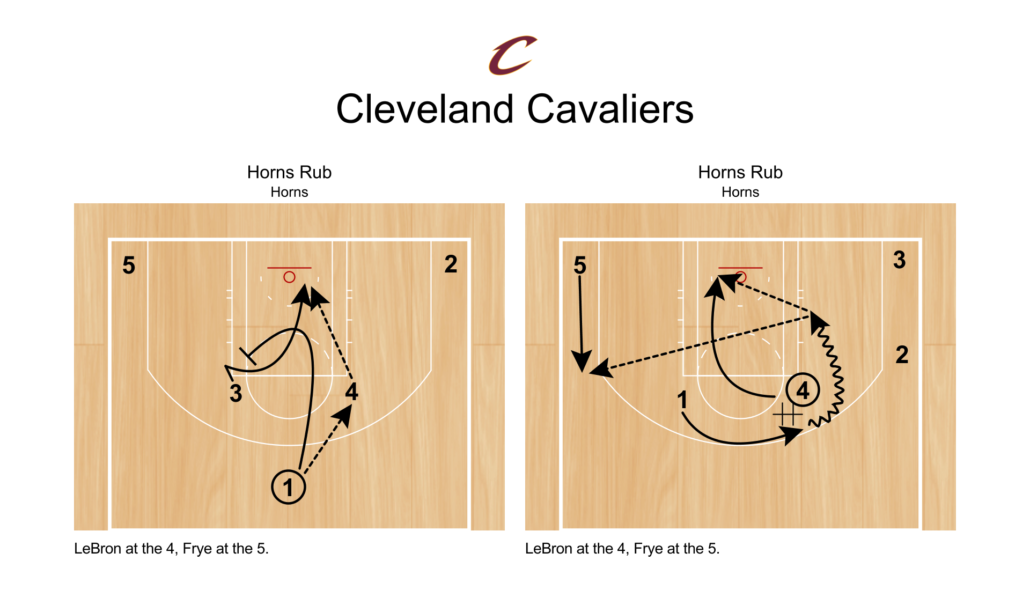 Another great set Tyronn Lue ran, mainly after time outs, was designed for JR Smith to get an open look from 3. With LeBron the primary ballhandler he would dribble hand off to JR Smith on the wing and then Iverson cut over the top of both bigs at the elbows to the opposite wing. JR Smith would dribble across and pass to LeBron who would look to attack the basket and the last big faking a ballscreen for him on the wing. As LeBron attacked the baseline the big guarding the elbow big would help down, this allowed the big for the Cavs to turn and set a throwback screen for JR Smith to get a wide open look from 3. The key to this set was timing, if JR went to early or if LeBron turned back toward him to throw the pass then the defense could recover.