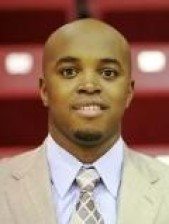 I am always looking for good special situation plays for 2’s and 3’s, and this one is a really good one by Tom Thibodeau and the Chicago Bulls with 7 seconds left on the shot clock.

With the ball in the corner on the side, they used an elevator screen to get Mike Dunleavy Jr. open for a 3. 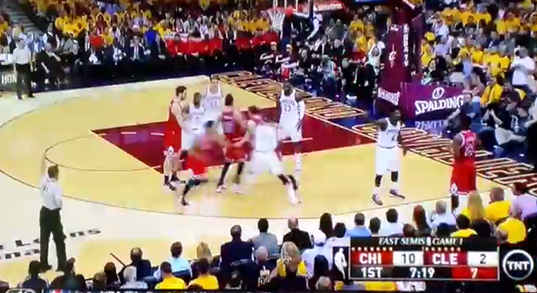 After Dunleavy comes off his screen, he circles right back around through the elevator screen from Noah and Gasol. His man, caught up on Dunleavy’s initial action towards the basket, easily gets caught up in the screen. 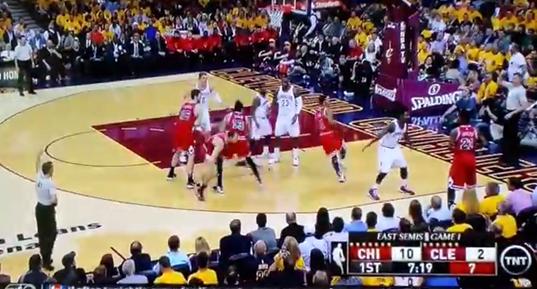 Instead of just filling through the screen for the three, Dunleavy does a good job of continuing to come to the ball, creating more space from his defender fighting through the screen. Teaching your guys to continue to come to the ball after using a screen is a great skill and helpful in them getting more space from their defender. The curling actions of Dunleavy and Rose took away the help, as you can see James sunken into the paint. 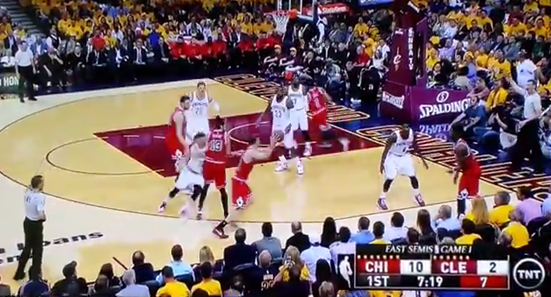 Here is a clip of the full play in action:

Below is a video clip of Mike Woosdon, former head coach of the NY Knicks and current assistant with the LA Clippers, teaching a similar play that he has used when faced with the ball in deep-side corner situations. He goes into multiple options you can have after the inbound.

Click on the pdf link to download the Tom Thibodeau Chicago Bulls Deep Corner Side SLOB For 3: