The video below shows how the Spartans got into the middle of the zone defense to score.

The Spartans get a high ball screen against the zone by stepping out the 4 man to the perimeter. Once 1 is driving off of the ball screen and turns the corner, x4 has to help on the drive which forces a 2 v 1 situation in the lane. X5 has to decide whether to guard 4 rolling to the basket or guard 5 posting up on the right block. In the video, x5 hesitates and 1 throws to 5 for a layup. It is important that x2 and x3 are occupied with shooters. 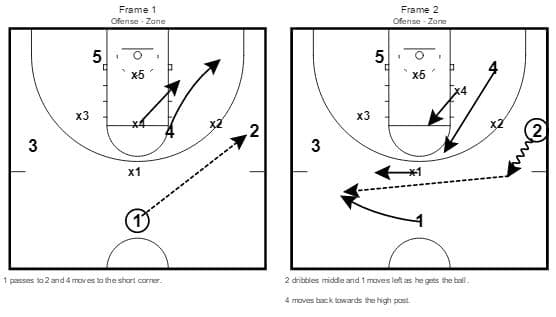 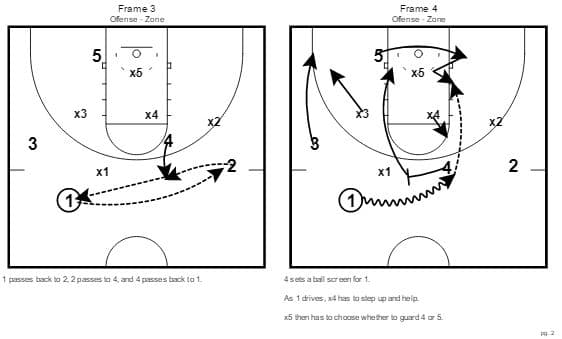 This is a quick hitter that attacks the middle of the zone with dribble penetration. If the guard can get inside the lane (past x1 and x2), it puts pressure on x4 or x5 to step up and help. In the video, x5 steps up to help leaving 4 wide open for an alley-oop pass. If x5 would have stayed back, 1 could pull up for a jump shot in the lane. 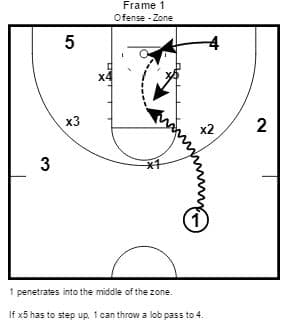