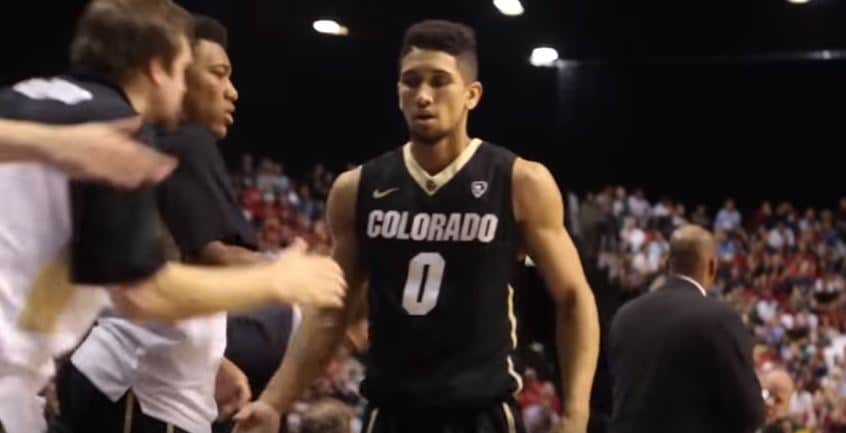 Below are three set plays from Colorado Buffaloes Head Coach Tad Boyle. Boyle, who just finished his sixth season at Colorado in 2016, has a 186-146 record overall as a head coach. In six seasons at Colorado, he has won 20+ games in five years and has made four NCAA Tournament appearances. Boyle’s first year at Colorado was in the Big 12 Conference, and in 2011 the Buffaloes moved to the Pac-12. Boyle and his team won the 2012 Pac-12 Conference Tournament after finishing only 5th in regular season play. Before taking over in Boulder, Boyle was the head coach at Northern Colorado. He took the Bears from a four win season in 2007 to a twenty-five win season in 2010. That year, Northern Colorado made it to the CIT Second Round.

The guards start in a stack underneath the post players. 2 gets the ball on the wing and 4 flashes to the high post. 4 gets the ball and dribbles at 3 to give him the ball with a dribble handoff. 3 drives in the lane looking to score or kick out. 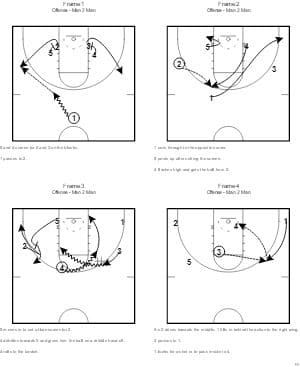 1 dribbles off of the horns ball screen from 4. 4 rolls and 5 steps out to the top of the key. If 5 gets the ball, he turns to dribble at 3 on the left wing to give 3 the ball with a dribble handoff. 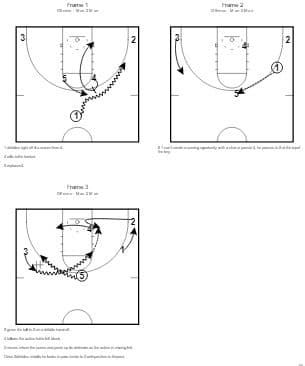 The handoff actions are used in a weave between the guards on the perimeter. Once 3 gets the ball, 5 sets a high ball screen as 3 comes off of the handoff from 2. The weave action can lull the defense to sleep, and the ball screen can be set at any time in the play. 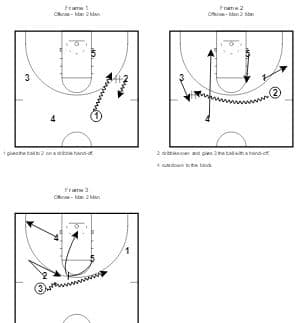