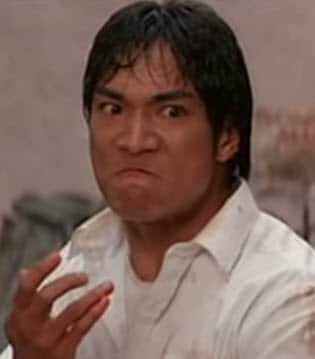 Martial artist Bruce Lee once stated, “I fear not the man who has practiced 10,000 kicks once, but I fear the man who has practiced one kick 10,000 times.” In coaching, we see teams who have a playbook as thick as a Russian novel, yet can’t execute one play really well. There is no need to have so many “plays” when a few will work. In the history of basketball, no X’s and O’s on a clipboard or page have scored a basket. Players score baskets. And finding a simple system that puts your players in a position to make plays is much more important than having a million plays for them to run.

One example of this at the college level is Syracuse under Jim Boeheim. Boeheim committed a long time ago to running a 2-3 zone defense as his base defense. Players come into the program knowing that they will be playing this style and those that stay four years get a lot of repetition in practices and games going over scenarios while still remaining in the base 2-3. Is this the most effective defense in the world? It has strengths and weaknesses like all types of defensive style. But Boeheim has committed to it and practiced it constantly. His players learn how to make defensive plays within it, and they become proficient at the details of dealing with all types of offenses designed to expose its weaknesses. And, of course, the team tends to be pretty good. Boeheim has over 900 wins in his coaching career, five Final Four appearances, and a national title. All through running a zone that most ten-year-olds are capable of running.

Another excellent example of simplification is John Wooden’s UCLA teams who had one offensive play and one inbounds play. Their goal with the inbounds play was “to get the ball inbounds”. The UCLA offense consisted of a basket cut and ball movement. That’s not rocket science. Wooden recruited well and trained his players to play within that system while maximizing their talents.

Vance Walberg, the former coach of Fresno City CC, gets a lot of credit for branding the Dribble Drive Offense. The offense is, at its core, exactly what it states: players driving to the basket, looking to either get to the rim or pass to shooters on the perimeter. Again, this offense is very simple, but through dedicated practice and development of players within a system, Walberg was able to have lots of success with it.

Where coaches get into trouble is in running terminal plays, plays that have one expected outcome, and expecting them to work in live situations repeatedly. Even if a play works once, opposing coaching staffs have now seen it and can respond accordingly to find ways to stop it. The next time the same team runs the same play, it is met with a measured response and the results is not as good. Even worse, the coach is now frustrated at his team for “not running the play right,” when in reality they have just met an adaptable defense that is prepared to stop a specific set of actions. Typically one of two responses to the failed play happen:

1.) The coach insists on continuing to run the same set and meets with increased resistance every time as the defense now knows exactly what actions it needs to take to stop a good shot.
2.) The coach gives up on his pet play and moves on to another terminal play that may work once or twice, but ultimately meets with the same destiny.

The best teams I know are teams where opposing coaches know what is coming and still can’t stop it. Rather than being sneaky, being excellent at basketball goes a long way. It’s like the old expression, “Rather than learning the tricks of the trade, learn the trade.”