The Warriors plays with Shawn Livingston as a playmaker, the guard is André Iguodala, as small forward Kevin Durant and the two bigs are Draymond Green and David West. The guard has the ball, the playmaker starts on the elbow, and the center plays under the box; on the other side 4 sets a screen for KD. The ball arrives at the playmaker, three goes down to set a screen for the center, and he receives the ball from 4.

It’s right SLOB if you want to create an ISO for your big man in the middle of the paint.

Update on Steve Kerr and the NBA Golden State Warriors:

Steve Kerr has the job to nitpick with his Golden State Warriors. They have been putting wins in the right column, but they have room for improvement.

The Golden State Warriors routed the Cleveland Cavaliers by 126-91. The Warriors have the trend to get up big, and then get complacent, make sloppy passes and give away the ball.

They need to grow up, and there is a lot of room for growth. Right now, they have Livingston thriving. He has adjusted to sharing the court with at least two of the team’s primary scorers. 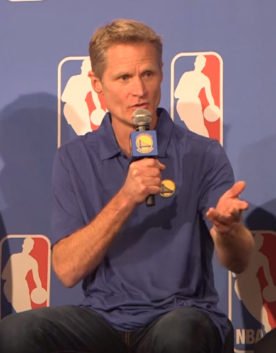 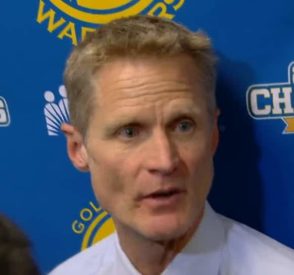