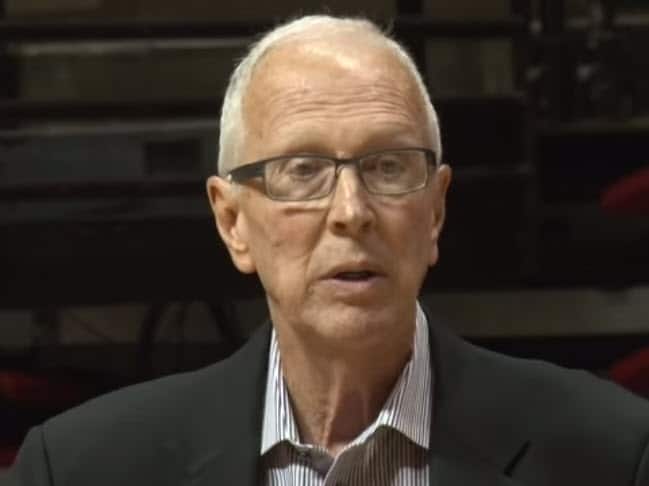 If you are the current head coach and your team plays on a court named in your honor, you know that you have been doing something right. That is the case for Steve Fisher and the San Diego State Aztecs. Coach Fisher has been the Head Coach at SDSU since 1999 and has posted over 350 wins for the school, 11 straight 20 win seasons, and NCAA Tournament appearances in 6 of the last 7 seasons. The Steve Fisher San Diego State Aztecs Horns Sets will be something different in your playbook that works.

In 2015-2016 season, the Aztecs posted another successful winning season with 28 wins and again finished 1st in the Mountain West Conference. The Aztecs weak schedule, (only 3 games versus ranked opponents and a1-2 record in those games) however, left the Aztecs in the lurch after their MW Tournament Championship Game loss to Fresno State. Selection Sunday was not kind to the Aztecs and they were relegated to the NIT.

Making the best out of their situation, the Aztecs made a deep run in the NIT Tournament. The Aztecs kicked off the tournament with a 24pt win over IPFW, the 2nd round led to a 15pt win over Washington, in the 3rd round, the Aztecs defeated the Ramblin Wreck of Georgia Tech by 16pts. The Aztecs had made it to Madison Square Garden, however, George Washington was there and ready with a 19pt victory over the Aztecs.

During their 16pt victory over Georgia Tech in the NIT Quarterfinals, the Aztecs ran several variations on a simple horn set. The set was triggered by different entries. The set was highly effective in getting the ball either to the rim or at least giving the Aztecs a quality shot on the possession.

Since these sets are based on different entries, the players are able to read to action and can react more fluidly than having to remember a plays name and listen for a coach’s call from the sideline. The Aztec’s did a great job of seamlessly transitioning into the different options based on the initial entry from the PG.

After DHO, PG sprints baseline using posts as brush screens
Wing (3) with the ball looks to drive and then passes to weakside wing (2) if no drive is available

On reversal pass, (2) passes to PG who has finished his cut to the ballside wing
Ball side post (4) slips to the weakside block
Weakside post (5) sprints to ball screen for PG.
2 & 3 – Space

Ballside post (5) chases pass for ball screen
Wing with ball (3) reads defense for options at ball screen
– 3 uses screen and 5 rolls to the rim
– 3 refuses screen, drives baseline and 5 pops.
(SDSU used both options during game with each seeing success)

Ball is entered into either post.
PG (1) feeds post and cuts wide ball side
Post (5) steps to pass and catches near 3pt line
Weakside post (4) spaces up to 3pt line
Ballside wing (3) lifts to create space for 1’s cut
*Scoring option: 1 cutting to rim if defense is trailing
(Aztecs caught defense sleeping and scored with this cut during game)

PG (1) after cut, if not open, sits near block and sets back screen for 3
Ballside wing (3) cuts baseline off back screen
Weakside wing (2) lifts to create space for 3’s back cut
Post with ball (5) reverses ball to weakside post (4)
Post (4) swings pass to 2

Hopefully these sets can get you a needed basket down the stretch!