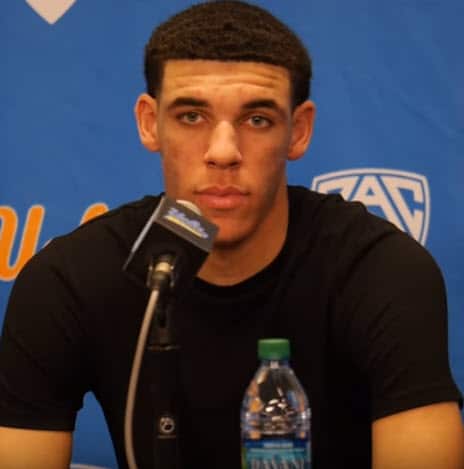 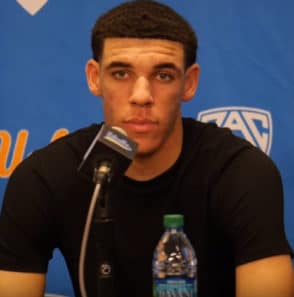 The first of the Steve Alford UCLA Bruins Slob Plays is from NCAA’s game between UCLA Bruins and Standford University, where UCLA won that game.

This year coach Steve Alford’s team with the arrival of Rookie of the Wonders Lonzo Ball is improving the disappointing season of last year.
This SLOB starts with the playmaker, Lonzo Ball, with the ball and the other four players are near the sideline; under the boxes, there are the two bigs, the forward TJ Leaf and Walsh, on the corners the two guards Alford and Hamilton.

The action begins with a sprint of 4 on the elbow; then he receives the passing from the playmaker; the center plays to duck in his defender and receives the ball from 4 when he is in advance.

The other of the Steve Alford UCLA Bruins Blob Plays for an ISO for the big man.

How are the UCLA Bruins doing now:

Last season, UCLA lost to USC three times. It was the first time in seventy-four years that UCLA went winless against USC.

UCLA gets a chance to get a win tonight. Coach Alford talked about their defense with reporters, but it’s up to the team to go out and play solid defense. If they do that, then the UCLA Bruins are tough to beat.

The UCLA Bruins have been red hot this season, but they cooled down once conference play began.

Andy Enfield has the USC Trojans playing at a high level. They have four players in double figures. Coach Enfield was known for leading Florida Gulf Coast University to the NCAA Tournament, and his team was called “Dunk City.” This year, the USC Trojans are branding themselves as “Slam City”. USC has 79 dunks this season so the Bruins can’t play bad defense against them.