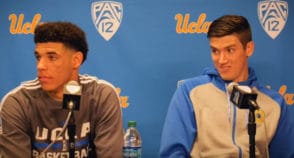 You will love the Steve Alford UCLA Bruins ATO Half Court Offense. Three great after time out plays that will boost your scoring!

How the UCLA Bruins are built:

Freshman guard; Lonzo Ball is one of the top freshmen in the country. He is fourth on the Bruins team in scoring. The number eight UCLA Bruins (19-3, 6-3 in Pac-12) have enough depth to make a run to the NCAA Final Four. Right now, Sports Illustrated has Ball going as the second pick of the 2017 NBA draft right now. 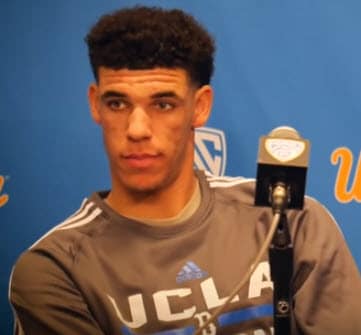 One of their outstanding players right now is Bryce Alford. He is an excellent shooter, and his numbers are scary for the opposing team. Bryce leads the Pac-12 with 72 three-pointers, and he just had 37 points against Colorado earlier this month. When he is on, he can shoot from anywhere on the court.

Another star freshman, TJ Leaf, a 6-foot 10 inch forward has his way on the boards each night getting a double-double every game. After Alford and Leaf, you have the senior guard: Isaac Hamilton who scores 15 points a game and gets the ball to Lonzo Ball a lot.

Lorenzo Ball is one of the purest point guards that the Pac-12 Conference has seen in quite a while. He is dishing eight assists a game which puts second in the United States.

Coach Alford then has Thomas Welsh to round out the starting five. He isn’t a high scorer compared to his teammates but is a 7-footer that provides matchup problems for each team. USC tried to stop his last game, and he scored the first ten points against them.

USC decided to switch to a 2-3 zone, which was to keep the ball out of Welsh’s hands in the post. If you do that, then UCLA’s guards will kill the long range bombs from down deep.

One of the teams in the Pac-12 Conference that is similar to UCLA is Washington. They both don’t have a problem putting the ball in the basket. Their game is going to a straight shootout, and if the Huskies can limit the number of long range shots that the Bruins take, then they will have a chance against them.

If you liked this Special Teams post then check out the full Playbook: 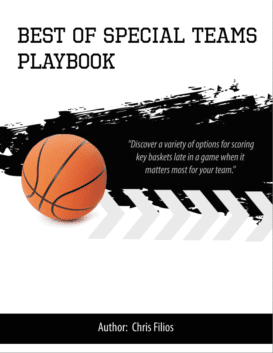