The Steve Alford Motion Offense – Clinic Notes will give you insight into Steve Alford who is the current head basketball coach for the UCLA Bruins University. Coach Alford began his coaching career in Manchester Indiana as the head coach of the division III Manchester University Men’s basketball team. During his tenure Manchester won conference titles in 1994 and 1995 seasons and advanced to the NCAA division III championship game in 1995. The following year coach Alford became the head coach of at Southwest Missouri State University where he posted a record of 78 wins to 48 losses earning a sweet 16 spot in 1999 in the NCAA tournament. After spending 4 seasons at Southwest Missouri State University, coach Alford accepted a head coaching position at the University of Iowa where he remained coach for 8 seasons leading the Hawkeyes to a 152-106 win / loss record.

At the conclusion of the 2006–2007 season, Alford resigned from the University of Iowa to accept the coaching position at the University of New Mexico where he set a school record for most wins (24) in a single season by a first year head coach. During his tenure with UNM coach Alford led the school to its first conference championship in 15 years and earned Mountain West Conference Coach of The Year Award for his team’s performance. Following the 2013 season, coach Alford signed a seven year deal to become the next head coach of the UCLA Bruins – a position he currently holds. In his first season, Alford directed the Bruins to the title in the 2014 Pacific-12 Tournament, the school’s first conference tournament title in six years. They advanced to the Sweet 16 of the 2014 NCAA Tournament—their first regional semi-final appearance since 2008 season. In 2014-15 season they advanced to the Sweet 16 round again, when they lost to Gonzaga. The Bruins squad became the lowest-seed UCLA team to ever reach the regional semi-finals. 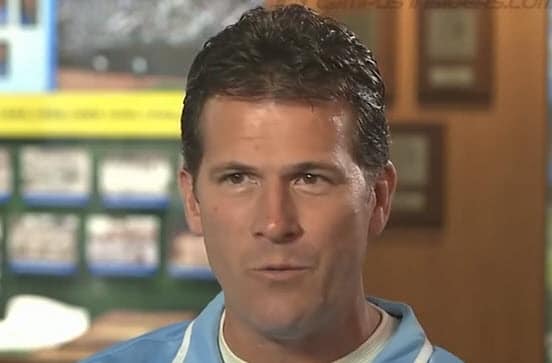 During his playing career, coach Alford was a disciple of legendary coach Bob Knight at Indiana University. Coach Knight was very well known for running a disciplined motion offense which hugely benefited Steve Alford and complimented his skillset. This is where he came up with the Steve Alford Motion Offense – Clinic Notes.

In a clinic back in 2007 coach Alford speaks about the motion offense that he learnt under coach Knight and was later able to install and run with the teams that he coached. In this clinic, coach covers the 7 spots on the floor that can be occupied when running this motion. Coach Alford covers many valuable teaching points on motion offense principles. Coach Alford shows various break down drills that he uses to teach the motion – with emphasis being on making reads of the defense and playing out of it. Coach Alford also demonstrates the ‘Triangle Offense’ – the offense that coach has used when there is motion ‘sickness’ in the offense and the team needs a score.

I hope you find these Steve Alford Motion Offense Notes useful for your team and your programme in the upcoming season.