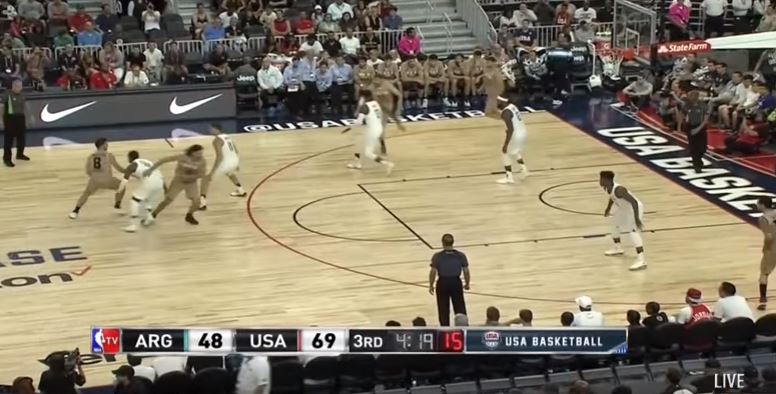 Step Up or “Knicks” Ball Screen Actions by Wes Kosel

The “Knicks” or step up ball screen is being used more and more by college, NBA, and other professional teams. As a counter to a typical wing ball screen (which encourages the ballhandler to dribble towards the middle of the floor), a step up ball screen is set allowing the ballhandler to dribble towards the baseline. The ball screener sets the knicks screen with his back to the baseline. The screener can then roll into the lane or pop to the perimeter for a shot. This action can force the defense to guard something they aren’t used to seeing. It can work especially well when the corner is cleared allowing space for the dribbler and screener to work.

Benedictine clears out the left corner running 2 off of a screen from 5 at the block. Once 2 clears, 5 moves out to set a step up screen for 1. If 1 turns it down and drives middle, 5 can pop to the wing for a shot or isolation. 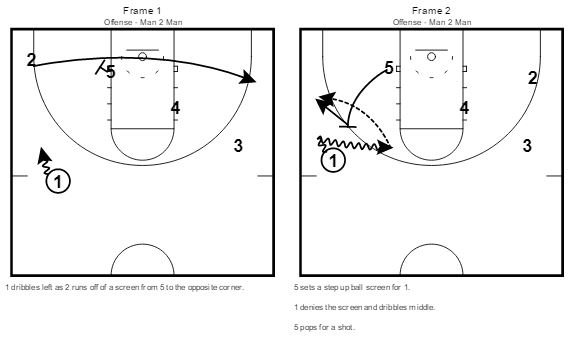 Argentina sets a step up screen with a guard (Ginobili) and has him flare to the top of the key for a shot or high ball screen from 5. 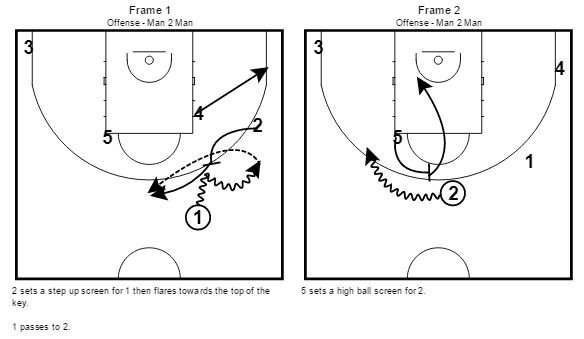 5 sets a step up ball screen for 1 as 2 runs off of a staggered screen from 3 and 4 on the left side of the floor. 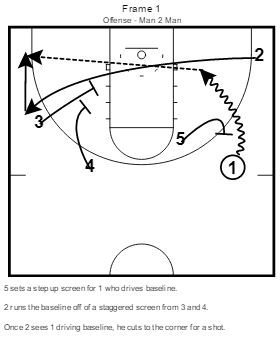 2 clears the left corner running the baseline to the right corner. 5 sets a knicks ball screen for 1 then rolls into the lane. If nothing is there, 1 can also look to kick out to 4, 3, or 2 for a shot on the perimeter. 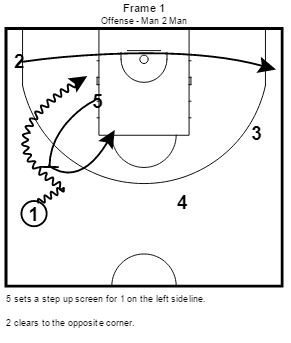