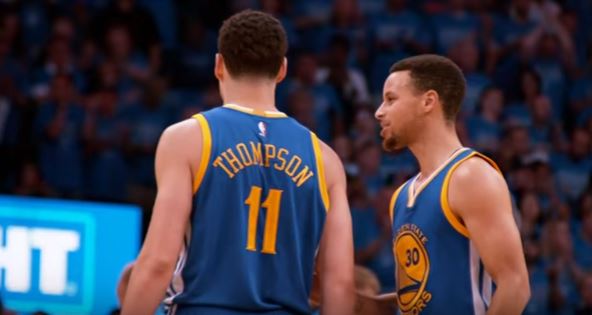 Tons of coaching are using zipper actions in their offense, including sideline out-of-bounds plays. The set usually starts in a box set or a “pro set” (box set with a guy in the corner instead of the block). The zipper action is a great way to get the ball in to the guard, but can also serve as a decoy to get the ball directly into the high post. By running the zipper action into a ball screen, handoff, or other action, the defender is forced to guard consecutive actions. The SLOB Zipper plays playbook features five plays from NCAA, NBA, and International.

Sideline Out of Bounds Zipper Plays 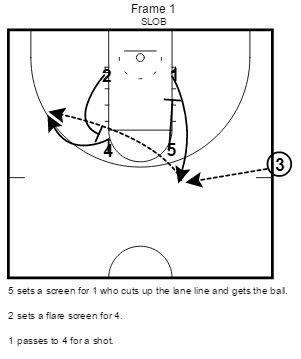 2 cuts off of a zipper screen from 5 then uses a ball screen from 5 in the slot. The middle of the floor is open for 5 to roll into the lane. 1 moves to the corner for a shot if x1 helps to defend the ball screen. 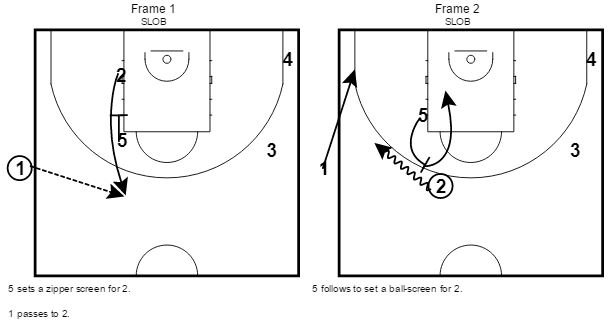 The Warriors run a zipper screen then have the inbounder get a handoff in the slot. 1 then uses a ball screen from 5. 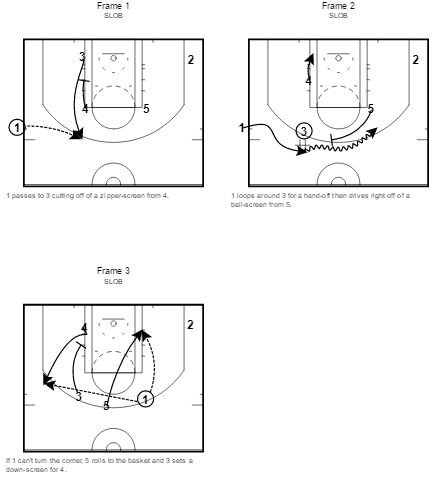 LSU used this play for Ben Simmons to get him the ball in the post. 1 cuts off of a zipper screen and if Simmons’ defender helps it leaves him open in the post. The ball can be thrown right in or to the wing first. 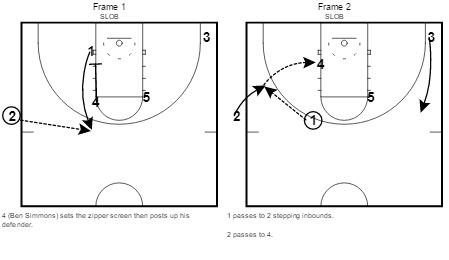