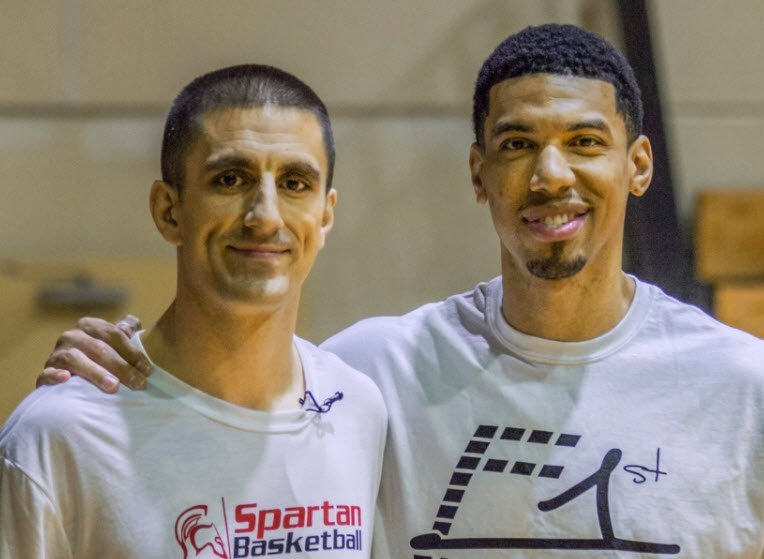 Since the beginning of basketball, players and coaches are always looking for the highest percentage shots to get in games. The kill boxes (blocks, elbows, and mid line) have consistently been those spots.

A player that can get to them and score also put pressure on the defense and allow for wide open perimeter shots and closeout attacks.

The skill development coach drills in the workout are composed of 3 components.

1.) Attacking a kill box and scoring. These are your basic moves. Floaters, layups, and jump shots.

2.) 1st kill box counters are when the defense takes away the kill box from the offense but the scorer is able to make a move to keep their shot alive. Euro steps, spins, and step backs are the counters.

3.) 2nd kill boxes counters are when the defense takes the 1st kill box away and forces the offense to navigate to a different kill box. However, they need to counter another defender once they get there. This is the one that builds high level scorers and play makers. The counters are the same the 1st kill box counters.

Each move should be conducted on both sides of the court and repped constantly daily.

Coach Tim Springer is on the best skill development coaches in Texas right now. He works with the NBA San Antonio Spurs Players as well as the WNBA San Antonio Stars. He is passionate about the game of basketball and more than anything, he wants to see all players win on and off the court.

Coach Springer is currently working with NCAA Division 1, International, NBA, and WNBA players. Coach Springer believes in a strong commitment to personal growth as well as helping others.

← Prev: After Timeout Sets for Your Next Huddle Next: Step Up or "Knicks" Ball Screen Actions →

Want to have handles like Steph Curry? You need to put in a lot of time and practice, but this ball-handling routine...

[Update: Ball Handling Drills Notes and Diagrams Added in the end of the article] Having trouble handling the ball...