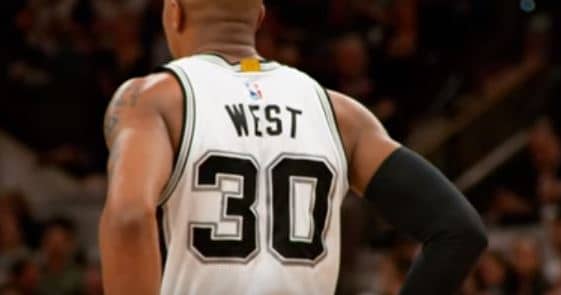 Although the San Antonio Spurs didn’t make it to the Western Conference Finals, they had a very successful season finishing 67-15 (good for the best winning percentage in Spurs history). They also won 40 home games and won the Southwest Division Title. In the first round of the playoffs, the Spurs beat the Memphis Grizzlies in four games. In the Conference Semifinals, the Spurs lost to the Oklahoma City Thunder in six games. The Thunder would then go on to take a 3-1 lead over Golden State in the Conference Finals only to give up that lead and lose the series in seven games. Kawhi Leonard led the team in scoring for the season with 21.2 points per game followed by LaMarcus Aldridge with 18 points per game. In the San Antonio Spurs Secondary Reverse Set Plays below, you will see several ways that the Spurs use this secondary reverse set to score.

The ball is reversed and a staggered screen is set for 3 in the corner. 5 flashes high and 4 sets a back screen for 3. If nothing is there 5 gives 2 the ball with a dribble handoff.

In this reverse set, 4 screens for 2 and 5 screens for 1. 5 then sets a back-screen for 3 when the ball gets to the corner. There are several options for 1 to pass to once he has it in the corner (flare screen, post diving, or pass and cut around 5 at the high post).

In this quick hitter, 4 slips the staggered screen away (great to use if teams are switching or jumping the cutter).
[optin-monster-shortcode id=”rhpskaiyvcqo6rei”]

This reverse set is a pick-the-picker option looking to get 5 the ball inside or to get 3 a shot at the top of the key.

This reverse set opens up a lob for 2 by clearing out the right side of the floor. 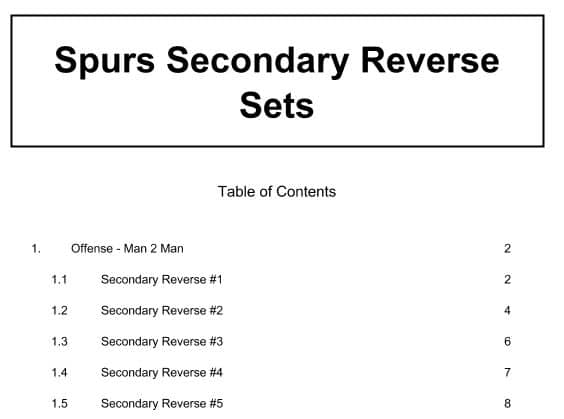