You will get to explore all the secrets of the Roy Williams Secondary Break. Coach Roy Williams will share his philosophy and tactics of the primary and secondary breaks. He will show a series of automatic and set plays off the secondary break that you can use to take advantage of your opponent in transition.

You will be able to get easy baskets using this tournament tested transition offense. Coach Roy Williams will also show you the drills that he uses to improve the primary and secondary breaks. This offensive system guided North Carolina to 90.2 points per game in 2009.

Many of Roy Williams’ current beliefs were developed in his early days of coaching high school basketball in North Carolina. I hope that you enjoy these transition offense diagrams that have been donated to us. If you would like to share with other coaches too. Email me at: mensbasketballhoopscoop@gmail.com (Send us a short bio, head shot, and twitter information) and we will put your stuff on the website. 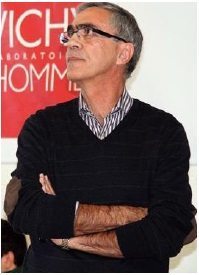 From player to coach, the life of Mário Silva has been a
continuous success. With Athletics marking the beginning of his
sports life as an athlete, it was with Basketball that he set
himself apart and to which he dedicated his whole life to,
playing in team such as Benfica, CIF and Estrelas de Alvalade.
It was as a coach that he firmed his reputation, most notably
since the season 67-68 where he started to win titles. From
school sports to the Professional League (13 seasons Head
Coach Profissional League) it was a small step. He has
coached teams such as Belenenses, Sporting Lisbon, Imortal
de Albufeira, CAB Madeira, Seixal , Estrelas da Avenida, Leiria
Basket and most recently, Alges.
In the city of Vila Franca de Xira he founded (1986) the team
Clube de Jovens Alves Redol, of which he is still today its
President, having conducted a meritful and publicly
acknowledged work in the training of hundreds of young
athletes, making the perfect bridge between school sports
and professional sport.
Won 11 Regional championship as Head Coach.
Won 4 Nacional Campionship as Head Coach.
Additional highlights in his career include his work as journalist
and TV commentator of Basketball games on RTP, Eurosport
and SPORTV, where he has given his voice to various editions
of the Olympic Games and NBA.
Member of the National Group of Speakers and Prelectors
(Portuguese Basketball Federation – FPB)
Speaker at National and International Basketball Clinics
Participant in Technical Training Actions by FPB, ABL, ANTB
(National Association of Baskeball Coaches) and ENT (School
Basketbal Teachers)
His Blogue ( coachmariosilva.blogspot.com) is a reference to
many coaches .