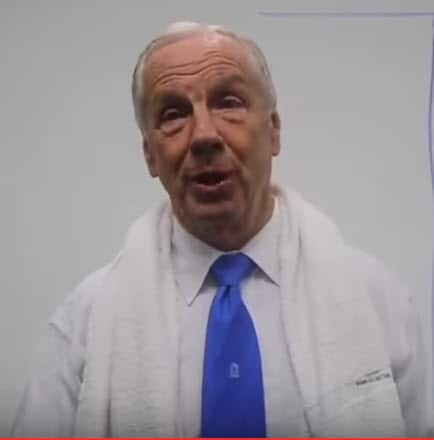 It’s hard to argue that Roy Williams North Carolina Tar Heels are in elite company.  Check out these set plays!

Roy Williams has won another national championship for the North Carolina Tar Heels for his fans, players, and assistant coaches. He is reaching a greatness in his career that very few peers can beat.

There is the time that we can talk about the academic scandals or the ugly national championship game where the officials killed the game.

North Carolina beat Gonzaga 71-65 in the NCAA National Championship game, and Coach Williams has become of the best NCAA Division 1 coaches of all time.

Coach Williams has more titles than all NCAA Division 1 teams except six schools in the history of the NCAA Tournament: UCLA, Kentucky, Duke, Indiana, UConn, and UNC. Coach Williams has led the Tar Heels to half of their six titles.

If you are any school other than UNC, then it’s great if you make the Final Four. If you are the North Carolina Tar Heels, then you need to make the NCAA Final Four every year.

Villanova beat the UNC Tar Heels last year by just one shot, but in the land of the blue bloods that isn’t acceptable. This is a scoreboard game, and missed shots or close calls don’t cut it.

Coach Williams has made the title game six times and won three of them. That’s one more than his mentor, Dean Smith.