Jay Wright learned from his 2009 NCAA Final Four lost to the Roy Williams North Carolina basketball team about how it is easier to apologize to the other team than you own team. Coach Wright hammered the need for his team to stay focused all week with his kids. Given the way that they hammered Oklahoma on saturday night, I think his team got their message. He apologized to the media about feeling bad for Oklahoma and how he knows that it happened to them in the 2009 NCAA Final Four.

Roy Williams is one step closer to his third NCAA Title at North Carolina and he has a confession. He is thin-skinned. The 65 year old Hall of Fame coach has heard it about losing out to Duke and Kentucky for high profile, one and done caliber recruits. The Roy Williams North Carolina basketball team has been labeled “soft” after going three straight years without advancing past the Sweet 16. He can’t stand the department wide cheating scandel talk that has muddied the UNC image either. He has heard other coaches tell recruits that he is getting old and will never catch up with Duke and Kentucky. He wants to stick it to all the naysayers this monday with a NCAA National Championship win.

Coach Roy Williams has always stuck with the North Carolina philosophy of building from the foundation up. He has stayed true to the program that Coach Dean Smith and Coach Bill Guthridge built and that has allowed this team to get to the NCAA National Championship game. 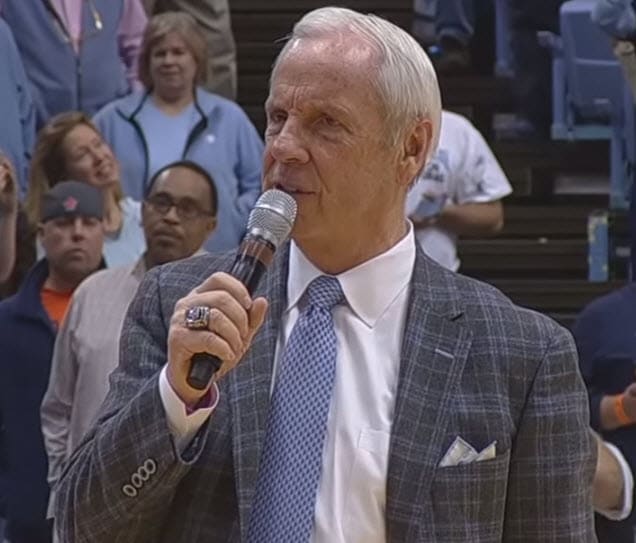 So what team do you think is going to win? Villanova that seems on a mission or the Roy Williams North Carolina team that is on a mission of their own too? It should be a great game.

Click on the pdf link to download the Jay Wright Notes on “How to build Motion Offense”: