1 dribbles up the right wing and passes to 4 at the top of the key. 3 moves down to the block with 5 to form a stack in the low post. 2 also moves down to block and can look to post up. Once 4 has it, 2 loops around a staggered screen from 3 and 5 and into a dribble handoff from 4. The play can also be a ball screen follow if 4 passes to 2 first. Once 2 has it, he dribbles right as 3 uses the staggered screen from 5 and 4. 3 looks to get a shot on the wing off of the staggered screen. If the defenders help, 4 or 5 can slip for a layup. 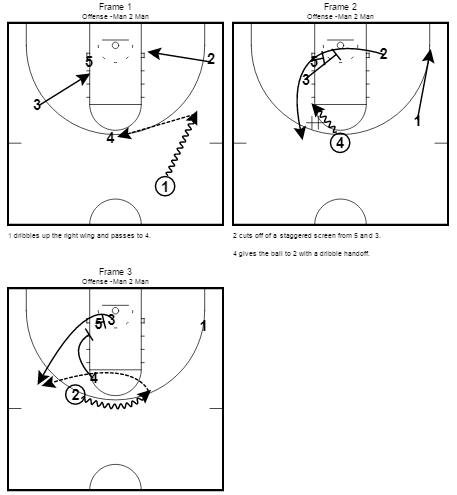