This article is going to take you through applying the Rhythm Offense concepts into the Flex offense.

The time table of introducing the Flex offense to your team is something that is very important to think about. Coaches need to sit down and look over how much practice time they have before their first game. Coaches need to create a preseason plan that allows plenty of time to teach players how to “play” without the players worrying about specific “system” actions. Players need to know how to make decisions for themselves within the structure of spacing, basic actions, and the “Count Method”. I would start the first practice or team meeting explaining the “Why” of the “Count Method”. This will give coaches the opportunity to show the benefits of playing within the “Count Method” on “Count Situation” catches. As a varsity or higher level head coach, I would take the time to meet with each player to discuss the “Number System” with them. Since winning is a big part of higher levels, players need to know their role and how they best fit within the overall team dynamic. It’s important at this time to talk honestly with players and encourage them their role can change throughout the preseason and season based on their improvement level.  Players also need to have a general idea about what type of shots the coach expects them to take, tempo to play at, which players should take a majority of the shots, etc. I would take the time to have these team and individual meetings regardless of the system I was installing on offense. 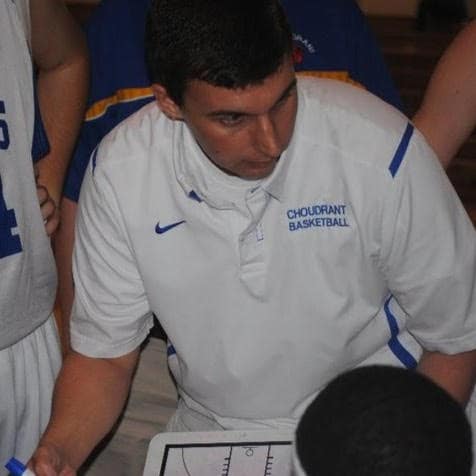 Flex puts a lot of pressure on the defense to continually guard one screen the screener situation after another.

Here is a slightly different way to teach the screen the screener action. This can be mixed in as a wrinkle with the general version.

I thought I would share this down screen technique I have seen before. *Warning – Use at your own risk*  I have seen this called for offensive fouls but more times than not teams get away with it.

“Double” Screen Technique on the Down Screen

When adding the Rhythm Offense to Flex, one main idea coaches should remember

is to make sure players understand that they are trying to create “Count Situations” to score. The danger in installing the pattern too early is that players could focus on just running the actions instead of running each action to score.

Since Flex creates “Count Situation” opportunities in specific areas, players need to know the following about the Count Method:

Players need the ability to recognize if they have a “Count Situation” catch that will lead to a successful “One Count” or “Two Count” action. If they don’t feel comfortable for whatever reason to act on “One” or “Two”, the beauty of Flex allows them to know exactly where to focus their attention on “Three”.

Before installing the pattern, players need to have an understanding of how to read screens. Coach Randy Sherman at Radius Athletics does a great job of teaching screening reads. Here are two articles that you need to check out before you look at the rest of the diagrams.

You can find more information from Coach Sherman here.

The following diagrams show how to incorporate the Count Method.

I would run a version of Flex as more of a 5 man motion. As I have mentioned, I would stress timing and reading screens. Adding these ideas to the basic screen the screener action that Flex offers creates a system that can be really hard to guard.

Flex as a 5 Man Motion

When coaches approach the Flex offense with the ideas mentioned, the actions can be valuable to any team. Adding Rhythm Offense and information from Radius Athletics with the Flex pattern can provided players with a sense of comfort that will allow them to be successful on offense.

Please send me any comments or questions you have about using this guide to help install the Flex offense.

← Prev: 5 Horns Set Plays by Tedi Yaghoubian Next: Rhythm Offense Combined With 5 Out Motion Pass and Cut by Ryan Smith →