The CSKA Moscow head coach, Ettore Messina, felt that the Final Four and NBA playoffs are equal regarding drama and intensity for the fans. His first time with CSKA, he arrived on a team that had just lost in the Final Four, so he knows the disappointments that they had. They are totally ready for it now.

CSKA Moscow center Nenad Krstic thought that they learned from the last second shot in 2013 Final Four. They were physically and mentally ready for this unique event this year. They had never been to the finals where they lost and come back to play the same team. There is pressure in the Final Four, but you come ready to play no matter what.

Georgios Bartzokas, Olympiacos Piraeus head coach, thinks that the Real Madrid Euroleague Final Four 2013 is his biggest challenge in his career. He has been to 4 final fours in the last five years. There are so many great Greek players and this year will be very difficult to defend the title. The Real Madrid Euroleague Final Four 2013 will be the strongest competition that we have seen in years.

The Olympiacos Piraeus team has the rising star and MVP. They have an awesome team and will be the favorite to win it again.

Vassilis Spanoulis, Olympiacos Piraeus guard, thinks that when you win the trophy that the follow-up year is more difficult than the first time. They are out to prove that they didn’t win it by luck last year. It’s a chance to be different from last year’s team. Both sides have different coaches and players. Being at the Real Madrid Euroleague Final Four 2013 is competition enough.

Today’s basketball plays are on the Real Madrid and the Euroleague Final Four 2013.  For the second year in a row, Olympiacos Piraeus roared back from a double-digit deficit to become the Turkish Airlines Euroleague champion. The Reds bested Real Madrid 100-88 at The O2 in London after trailing by 17 at the end of the opening quarter and in doing so became just the fourth team to win back-to-back Euroleague titles in the Final Four era.   I hope that you enjoy this set play from Tomasz Niedbalski who is the Head coach  of the WKK Wroclaw youth teams. 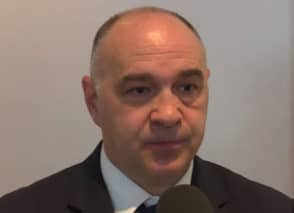 Olympiacos made the Euroleague Final Four by Chris Filios