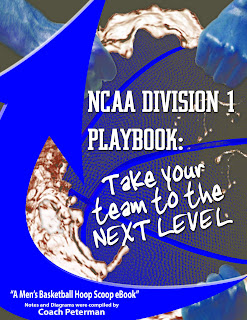 I want to release my newest ebook. It is named NCAA Division 1 Playbook. This playbook was compiled over the last two years from a NCAA Division 1 coach that has been to over 15 NCAA Tournaments as an assistant and head coach. He has had 20 plus wins each year as a head coach in a major conference. He has had over 10 former players playing or have played in the NBA.

It is a NBA Style playbook that is designed with set plays to take advantage of all five positions. It has been used over the past several years and tweaked each year. They are using it this year also. It has 7 chapters to it and 66 plays including half court sets, quick hitters, slobs, and blobs.

It took over 45 hours to put together. I hope that you enjoy it as much as my team did.

PS: Here is a sample page of one of the half-court sets. 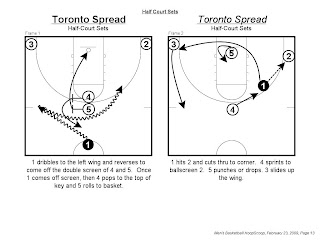 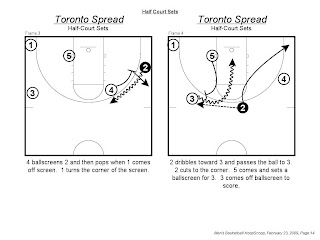 Be the first to review “NCAA Division 1 Playbook” Cancel reply