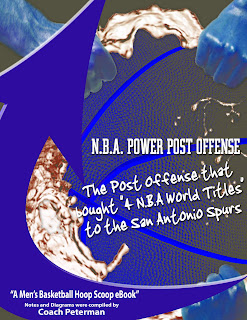 Coaches,
I have had multiple requests for a playbook that will spice up your post plays and tweak some of your offensive sets. I decided to look into the most consistent N.B.A. Franchise in the last decade. It is the San Antonio Spurs who have won the World Championship in 99, 03, 05, and 07. 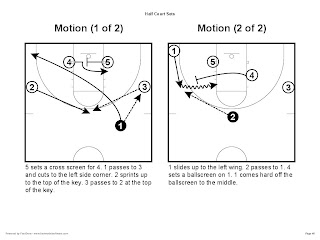 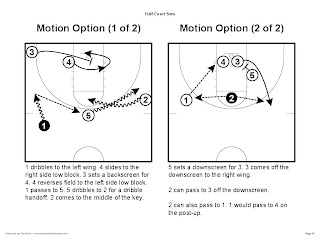 Coach Gregg Popovich’s “San Antonio Spurs” use an offense that is mostly built on the perimeter, but they exploit the skills of Tim Duncan, an all-around player who can play close or away from the basket at a medium shooting distance. The Offense is built on the offensive penetrations of their guard that lead to 3 point shooting opportunities. It also have a wide array of pick-n-roll plays in their offense.
This N.B.A. Power Post Offense Playbook has:
90 Set Plays
2 Zone Offense
1 Sideline Out of Bounds play
1 Baseline Out of Bounds play
Example of N.B.A. Power Post Offense: 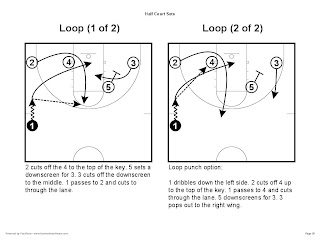 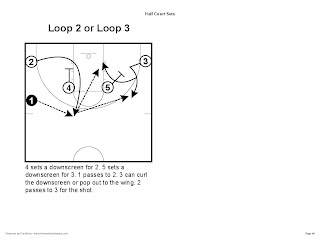 I really do think that this playbook will be able to tweak your set plays up with some interesting looks. You will be able to involve your guards as well as your post players.
Coach Peterman