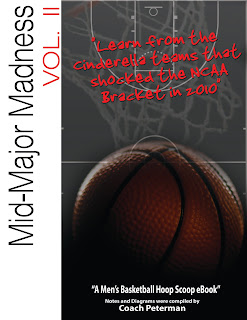 I am proud to announce the Volume 2 of the Mid-Major Madness Playbook series. It has 33 Half-court set plays, 15 Baseline Out of Bounds Plays, and 2 Sideline Out of Bounds Plays. This playbook has the following Division 1 Programs: Butler Bulldogs, Gonzaga Bulldogs, Utah State Aggies, and the Utah Utes. It includes the best plays from these programs in this 55 page playbook.

These teams don’t have the best talented players in the nation, but each one of them had great seasons and made the NCAA Tournament. I put this playbook series together so you could learn from them. I took the best sets / blobs that each of these teams ran during their season and put them in this playbook. 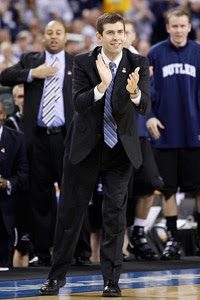 ” Brad Stevens and the Bulldogs are reveling in the glory of their NCAA tournament run.”

Here is an example of one of the set plays: 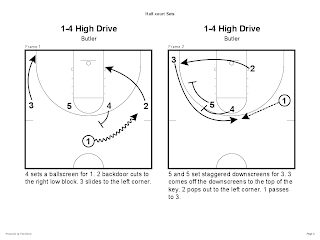 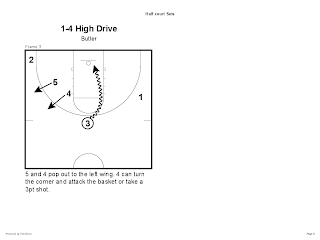 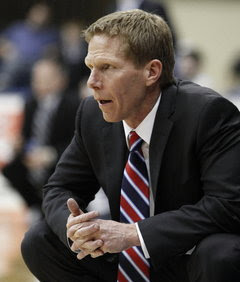 “Mark Few has been head coach at Gonzaga for 11 seasons.”
Example of one of the Blobs in this playbook: 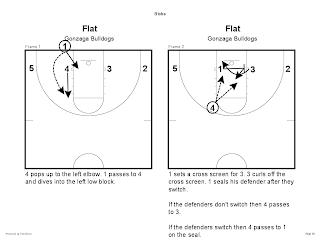 You have the opportunity to learn offense from some great X’s and O’s coaches on the mid-major level. These coaches don’t have the best players in the country either and use these sets to maxize their talent. You can look into some of the “secrets” that powered these teams to greatness this past season. 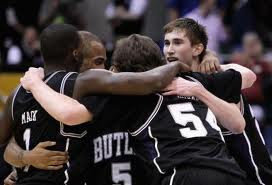