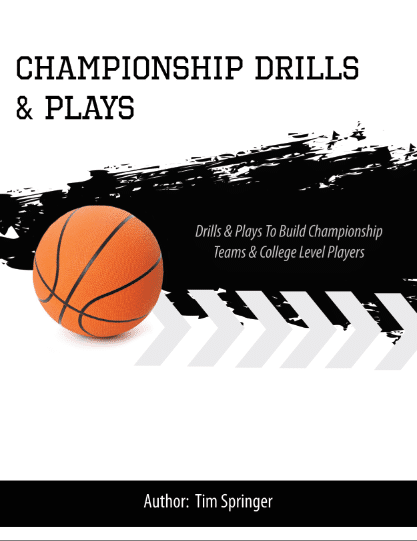 The championship drills & plays playbook will get your team producing offensively very soon. Most high school teams have the right plays to get great shots, but not the players to take them. It could also be that they rely on the player’s athleticism to win most games. Sometimes they have very talented players but can’t figure out how to get them in the scoring column.

LSU NBA Number One Draft Pick: Ben Simmons is the perfect example of having a talented player, but not being able to figure out how to use him.

Most coaches are either great at X’s and Os or Skill development. Very seldom do you see a coach that is great at both? That is why you need this great resource for you.

Buying this playbook will help out any team that wants to increase their scoring average this season.

This championship drills & plays playbook has plays that come from teams that have made playoff runs at their high school or college. The drills also have developed players that have done it to All-State or All-American.

These actions are simple enough to run at any middle school or high school. You will be able to use these measures to get your best player the basketball.

Most of the plays and championship drills have come from professional coaches in the NBA and Euro League. This playbook would be a great buy for your coaching library.

It’s essential that you can score the basketball and get the right plays so that you are close to the basket. I would recommend that check out the Championship Plays & Drills Playbook.

It could easily be the chance to get in the playoffs or not. One of these innovative plays could put you in the winning column.