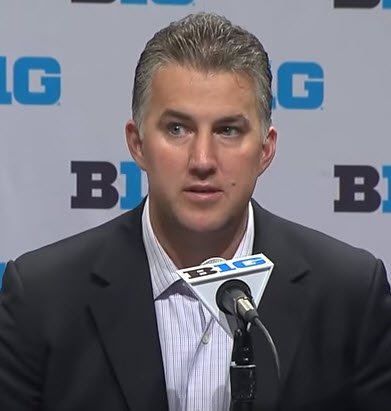 I think that you are going to love these Nike Myrtle Beach Championship Basketball Clinic Notes that I found. One of the speakers at this basketball clinic was Matt Painter. There are several speakers in these clinic notes like Bob Knight, Brad Stevens, and many more coaches.

What is Coach Matt Painter and the Purdue Boilermakers up to this season?

Matt Painter might have the nation’s best post player, and he might be the nation’s best player in Caleb Swanigan. Coach Painter has developed a team of one-star player and role players to the Big Ten championship this season. The Boilermaker could make some noise in the NCAA Tournament.

The Purdue basketball is ranked number sixteen in the nation right now, and they just beat Northwestern to win their regular season finale. Let the games begin with the Big Ten Tournament.

Last Tuesday, they beat Indiana and had number twenty-two Wisconsin lose to Iowa on Thursday. The Boilermakers are 24-6 and 13-4 in conference play. They won their first outright Big Ten Regular Season Championship since 1996.

So how does the Big Ten shake up right now? You have Northwestern that is 21-9 and 10-7 in Big Ten play that is probably in the NCAA Tournament field for the first time in the history of the school.

They will want to win as many games as possible to in the Big Ten Tournament to improve their seeding in the NCAA Tournament.

I am sure that the Boilermakers were grateful to Iowa for putting Wisconsin down so they could win the Big Ten Title.