The Nick Saban Alabama Clinic Notes will help show you who probably is the greatest college football coach in the history of the sport. The Nick Saban Alabama Clinic Notes will show you some of the ideas that Coach Saban uses in his football program. I thought that you would like to see some of the ideas that helped Alabama demolish Michigan State 38-0 in the Cotton Bowl on New Year’s Eve to advance to the College Football Playoff final. If the Crimson Tide defeat Clemson in the national championship game with the same kind of defensive performance, Saban, will have claimed his fifth national championship as a head coach (one at LSU, and four with Alabama).

Coach Saban’s accomplishments eclipse even that of Bryant. And yet even if Saban wins, say, five more titles at Alabama after this season, he will never be as beloved as Bryant, simply because his approach purposefully wrings the emotion out of the sport. 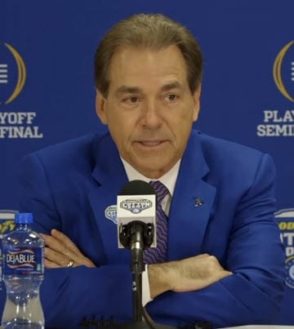 The Nick Saban Alabama Clinic Notes will talk about the “Process”, a catch-all term for the notion that every little detail matters, that his team will be more prepared and more conditioned and more mentally tough than every team they play. This is nearly always true, especially when Alabama faces a team shaped in the Alabama mold, a team that embraces a physical style and relies on its defense to carry it through, as with Michigan State. This is because Alabama does those things better, and it does these things with better athletes, a bevy of five-star recruits who wind up dotting National Football League rosters year after year. This year’s defense, studded with potential draft picks, may wind up being the best Saban has ever produced. (“They’re f—ing everywhere,” a frustrated Connor Cook, the Michigan State quarterback and a potential first-round draft pick himself, muttered on the sideline at one point on Thursday.)

Nick Saban went through a stint of getting beat by up-tempo offenses so what did he do. He at least partially embraced the revolution: He hired disgraced USC coach Lane Kiffin as his offensive coordinator, and Kiffin has employed elements of both the spread and the hurry-up offense. Against Michigan State, the Crimson Tide surprised everyone by repeatedly putting the game in the hands of quarterback Jake Coker rather than Heisman Trophy-winning running back Derrick Henry.

I think that you will get some great ideas from these Nick Saban Alabama Clinic Notes.