The NBA San Antonio Spurs entered the 2011 playoffs as the #1 seed and drew the #8 seeded Memphis Grizzlies in the first round matchup. Led by Zach Randolph the Grizzlies exploited the Spurs weaknesses and used tough defense to eventually knock off the top seed in six games. The series would of ended in five games had Gary Neal not hit a buzzer beater that sent the game into overtime and an eventual Spurs win. The play design and execution is just another of the thousand reasons why Greg Popovich is considered on the best coaches of all time.
With 1.7 seconds left and the NBA San Antonio Spurs trailing by 3 they had possession of the ball side-out-of-bounds. Manu Ginobili was inbounding the ball and was guarded by arguably the best defender in the NBA in Tony Allen. It is obvious Ginobili is a great passer but it could be assumed that he was inbounding the ball to also eliminate Tony Allen defensively on this final possession. With so little time left, the chances of him leaving Ginobili after the pass is made and making an impact defensive play were slim.

The play starts with George Hill cutting through to the ball side corner taking his defender with him. Antonio McDyess who started at the top of the key, then set a down screen for Tim Duncan at the pinch post. In late game situations and usually in a big-to-big screen a switch will occur, which is exactly what Memphis does here. A lot of bigs are too slow to trail a down screen and in this situation a switch works best. Immediately after coming off the screen Duncan then runs to set a down screen for Gary Neal positioned right off the other pinch post. The Memphis defender now guarding Duncan can’t show to high to help on the screen because Duncan, a top 15 player ever, would be able to roll to the rim with no weak side help.

With Gary’s Neal’s defender trailing him, he catches the ball at the top of the key. Tony Allen, aware of Ginobili can’t fully commit to Neal and help contest the shot, and instead stays in the passing lane between the ball and his man. Neal takes one dribble and makes a tough contested three to send the game into overtime and momentarily save the NBA San Antonio Spurs season. 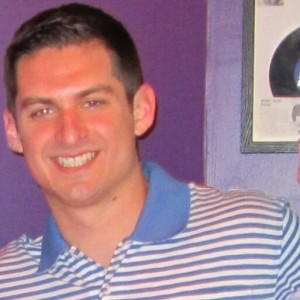