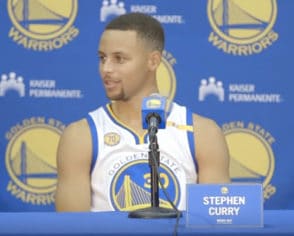 Christmas Day brought us a rematch of the 2016 NBA Finals between defending champion Cleveland Cavaliers and Golden State Warriors. What was the Warriors Christmas gift? Some déjà vu…another game winning clutch shot by Kyrie Irving. Kyrie Irving hit a short turnaround shot with 3.4 seconds left as the Cavaliers rebounded just like in last June’s NBA finals to defeat the Golden State Warriors by 109-108 in the Christmas Day matchup. Trailing by 14 in the fourth quarter, Cleveland chipped away at the Warriors lead and then put the ball (and the game) in Irving’s hands, whose hit a three-point shot of Steph Curry on June 19 and it helped seal Game 7, and it gave Cleveland their first sports championship since 1964.

Golden State had the ball last, but Kevin Durant lost his balance when he hit the screen and couldn’t get the shot that he wanted as time was up.

Despite the struggles on the final possession, Durant lead all scorers with 36 points. Lebron James scored 31 points with a season-high 13 rebounds, Irving added 25 points and Kevin Love 20 for the Cavs.

Thompson had twenty-four points, Draymond Green 16 and Curry 15 for the Warriors, who had their winning streak stopped at seven.

The Warriors and Cavs have produced high quality, high drama basketball. They split the season series and will not meet again unless they both make it back to the NBA Finals, which would be the first time in NBA history in which the same teams play each other three straight years.

Warriors are having another great season, as they are 38-6. They have the NBA’s best record and rank both 1st in Offensive Rating (116.3) and Defensive Rating (103.4), both marks that are better than that of their 73-win, record breaking team a year ago.

The Golden State Warriors are winning at the NBA’s best winning percentage (.864), winning by a margin of +13.1 and net efficiency of 12.6

Don’t make any mistake that they will stand pat before the Feb 23 Trade Deadline. Their roster has been off all season with it uploaded up front and fragile in wing play.

I think that they will make a couple of minor tweaks so the question is who they could trade? What player has the most value?

Golden State has a ton of players that they can’t move or they can’t get anything for them.

Here are the ones that I think that they could move:

Andre Iguodala: He isn’t young or cheap, but he is very explosive on offense.

Shaun Livingston: He is a throwback player where he has gotten 64 triples which are about as many as Curry makes in 16 games over 11 seasons.

Ian Clark: He has been a surprise sharpshooter this past season after doing little the last three years of his career.

If you liked this basketball post then check out these articles: 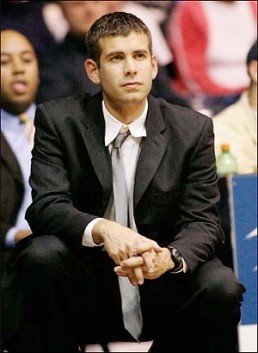 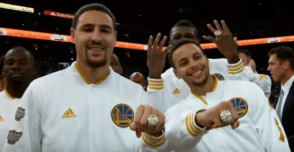