The Golden State Warriors historic season is playing on with one team left to beat in the Cleveland Cavailiers.  It’s the same team that they faced last year, but they don’t have the injuries that they did last year.  Lebron James and the Cleveland Cavaliers are looking far more fomidable than last years team.  Stephen Curry and the Warriors just survived a series with the OKC Thunder going to the seventh game.

The Golden State Warriors barely got back to the NBA Finals, becoming the 10th team to climb out with a 3-1 hole by beating the OKC Thunder 96-88 on Monday night in Game 7 of the Western Conference finals.  After winning a record 73 games in 2015-16, they could claim the greatest season in NBA history with four more victories.

The Golden State Warriors beat Cleveland 4-2 last June, but the Cavaliers will arrive in the Bay area in much shape than a year ao as they try to end Cleveland’s 52 year title drought in pro sports. 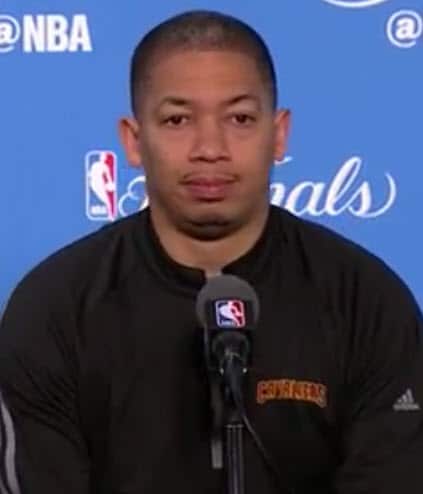 Kyrie Irving, who broke his kneecap in Game 1 last year, and Kevin Love, who had already been lost to shoulder surgery, are combining for more than 40 points per game in the postseason, and they are giving Lebron James his best help that he didn’t have during his furious futile one man show last year.

Lebron James averaged 35.8 points, 13.3 rebounds and 8.8 assists, but the NBA Golden State Warriors won the last  three games after James had carried the Cavs to a 2-1 lead.

Lebron James played in the last NBA Finals rematch, when his Miami Heat outlasted San Antonio in seven games in 2013, but were beaten in five games a year leater.

This time, Lebron James is surrounded by shooters, with Irving, Love, J.R. Smith, and Channing Frye all having the hot shooting hands for a team that stormed through the Eastern Conference playoffs with 12-2 record.