Chris Paul Veer Move Off The Pick And Roll

Chris Paul, AKA CP3, is up there with Steve Nash and John Stockton as one of the greatest pick and roll decision makers of all time. Paul uses the PNR game so much he has developed his own signature move of sorts. His signature PNR move simply causes defenses to become disorganized. Paul uses his body to take an angle that leaves his defender out of the picture and his screener’s defender at his mercy.

Paul’s greatest strength is his ball handling ability. He always has his head and eyes up mainly because he makes the ball look like it is an extension of his own hand. You would be hard pressed to find Paul mishandling the ball or getting his pocket picked. With Paul’s unbelievable command over the basketball, he is able to make great reads when the PNR is initiated. One of the reads he makes is recognizing that the screener’s defender (usually the opposing team’s center) is playing loose and is disconnected from the screen and his defensive assignment. Paul also recognizes that his defender is going to fight over the screen and try to get back in front of him. Teams use this “Loose and Over” PNR coverage in an effort to corral Paul and prevent him from easily getting in the lane or stopping behind the screen and shooting.

This is when Paul uses his patented veer move to go tight off his screener. As he goes shoulder to shoulder with his screener, he proceeds to stop short for a split second, making sure he keeps his defender on his back. Now with his defender on his back and temporarily out of the play, he uses a small crossover and goes sideways on the court taking an angle that will create tremendous confusion for the defenses while also maintaining separation from his original defender. Essentially, Paul uses this move to create a 4on3 situation as well as a mismatch with the opposing team’s center, when defenses are forced to switch.

From here, Paul has a number of options (pass, shoot, continue to drive) and when you give a great decision maker like CP3 a number options it usually spells trouble for the defense. The video below will show you numerous clips showing Chris Paul using his signature veer pick and roll move. 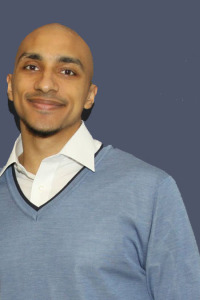