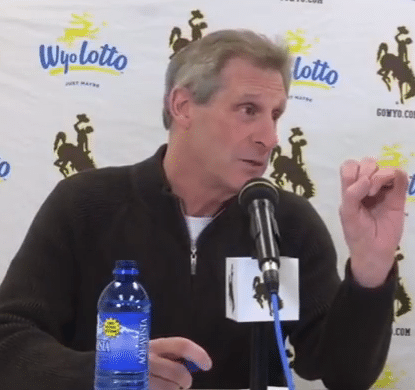 Larry Shyatt is now sitting on the NBA Dallas Mavericks bench with Rick Carlisle these days. He retired at the University of Wyoming and was out of the game for only a couple months. The Dallas Mavericks had offered him the same position a year earlier, but he stays on board at Wyoming to ease in his former assistant Allen Edwards into the job.

Larry Shyatt had just left Clemson and was spending some time talking basketball with people. He was in Detroit to talk defense with Kevin O’Neill who was the defensive coordinator of the Detroit Pistons. Coach Carlisle got to know Coach Shyatt then. He was aware that of his name but had never met him. They had a great visit that weekend.

Coach Carlisle sat out the year after the Detroit Pistons and did some broadcasting work. He visited then Florida Coach Billy Donovan and watched some of their practices. Coach Shyatt was an assistant coach at Florida and they got to know each other better. Rick Carlisle believed that Larry Shyatt was NBA material and now you see how he made it onto the Dallas Mavericks bench now.

So what makes Larry Shyatt a tremendous coach:

He is awesome with people. The players really like him and he has very authentic as a person.

Why Larry Shyatt returned to Wyoming in 2015:

Coach Shyatt is an extremely loyal person. He was the reason that the staff was in place there and wanted to make sure that the program was in good shape. He wanted to make sure that his former assistant coach was set up for success. You don’t see many college coaches do that these days. It shows you that he is a strong example of character and what type of person that he is.

Coach Shyatt came to Dallas one day to meet Coach Carlisle, the other assistants and staff, and Donnie Nelson, the general manager. He was very energetic and a huge people person. Everyone loved him and they knew that he had a lot of years of coaching left in him.

What is Coach Shyatt’s role with the NBA Dallas Mavericks:

Coach Shyatt works with the post players and he is heavily involved in the defense. Coach Melvin Hunt and himself are the two defensive guys on staff and Coach Shyatt adds a lot there. Larry Shyatt has head coaching experience and he is very well respected in the coaching circles. He will be a great resource for Coach Carlisle.

Coach Larry Shyatt is one of the great defensive coaches out there. It doesn’t matter if you play pressure defense or pack line defense. You will learn a lot from him.