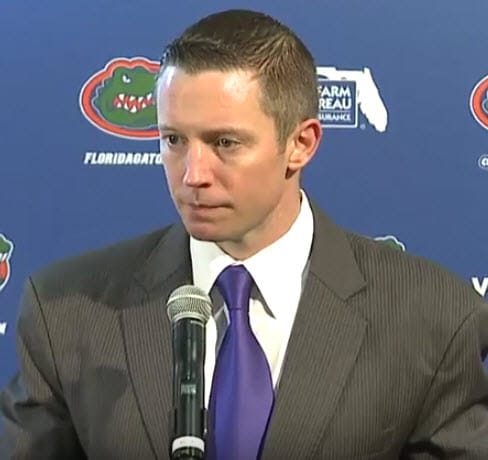 The Mike White Florida Gators drilled the University of Kentucky, and he has them on the rise as they work past the post-Billy Donovan era.

Mike White is only 59 games into his Florida Gator career, but Saturday night was a HUGE stepping stone in their progress. It was the biggest win in his career too.

The Florida Gators are back on the national map after beating number eight Kentucky back to Lexington, the Florida Gators won 88-66 and continued their winning streak of four conference games.

The Gators have wins versus LSU and Oklahoma as well as putting the hurt on Missouri at home earlier in the week; then you put those three with the Kentucky beatdown. Florida has won their past four games by an average 32 points. The Gators are now 18-5 and 8-2 in the SEC.

Mike White and the Florida Gators might win the conference this year, and that would put them ahead of the rebuilding process. Coach Whits is one of the most hard-working coaches in college basketball. The Gators went 21-15 in his first year and had a trip to the NIT. The Florida Gators will have a trip to the NCAA’s if they keep it up.

Coach White had the Gators defense going great against the third-ranked offense in the country. UK was bad from the field and taking the horrible shot.

Jeremy Foley (UF Athletic Director) made the right pick when he had to replace Billy Donovan who took the NBA OKC Thunder job. Coach Donovan was there for two decades, and that takes the time to replace. Billy Donovan never beat Kentucky by 22 points in his Gator career.

I think that you are going to enjoy these Mike White Florida Gators Set Plays.