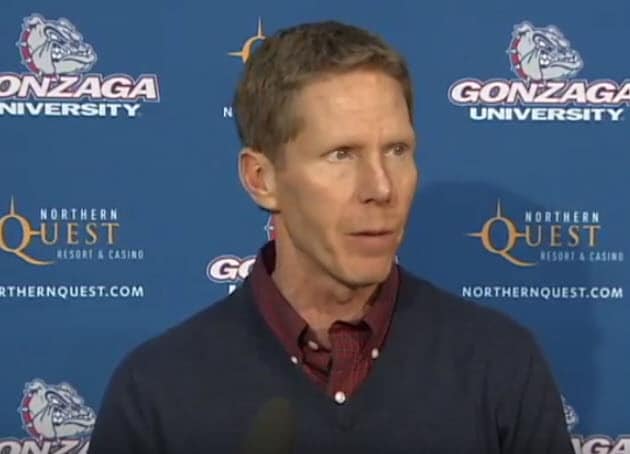 Mark Few has reached 19 NCAA Tournaments in a row, won nine straight first round games, and gotten to the Elite Eight two times in the last three years. This year, the Zags are a number seed and barely hung on against Press Virginia. Coach Few talks about how they haven’t accomplished one thing and that one thing is the Final Four.

It’s not something that doesn’t that rubs Coach Few the wrong way as it does for Arizona Coach Sean Miller. The Final Four doesn’t determine if the season has been a success or flop.

Tonight the Gonzaga Zags are one game from the Final Four. They play Xavier today. He feels that his legacy is built on player relationships and how his players feel about how he coached them.

Gongaza looks to beat the eleven seed Xavier in the West Regional Final, and the 54-year-old coach will be elated for his school and the Spokane community fans. They have waited a long time to get to the Final Four.

Coach Few will go down as one of college basketball elite coaches for taking Gonzaga to a different level. When old Gonzaga coach Dan Fitzgerald hired Few in 1990, the program was considered the WCC’s worst job, because of their location, outdated facilities, and losing track record. The Zags hadn’t reached the NCAA tournament yet.

The 1990 Gonzaga players had no weight room or strength coach. Fitzgerald would tell his staff to not recruit a kid if they had a Pac-10 scholarship offer. Few disagreed with his boss for years about that policy, and finally, Fitzgerald gave in.

Dan Monson who took over as head coach for Gonzaga in 1997 said that Mark knew that he could get those kids to believe in Gonzaga and get them winning. Well, he did just that.