This playbook features three plays from Oklahoma Sooners Head Coach Lon Kruger. Kruger has been known for his defense, but his Oklahoma Sooners the past couple of years have been outstanding on the offensive end. Having a star scorer like Buddy Hield has helped, but Kruger also runs some great actions. This past season, he had some very talented guards with a combination of long, athletic bigs and the x-factor, Ryan Spangler. Spangler was able to shoot shots off of the pop and help spread the floor. He was also a great passer and screener, which helped Buddy Hield score.

This action was great for Buddy Hield, who had the freedom to run off of whichever screens he wanted. He often would start on one screen and turn back to cut to the opposite wing as well. The single double action allow creates a scoring opportunity for the screeners who may be open with their defenders helping on the shooter. 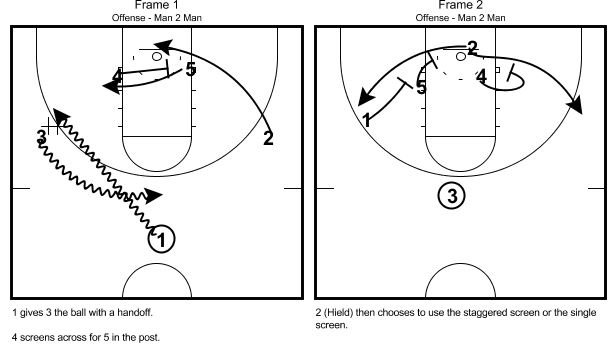 2 sets a screen for 5 who sprints into a ball screen for 1. As 1 comes off of the screen, x5 jumps out to hard hedge. The “Rocket” action is a pass directly to 4 on the perimeter when 1 sees x5 jumping out. 4 looks to pass to 5 rolling to the rim. If x2 has to help on the cut by 5, 2 may be open in the corner for a shot. 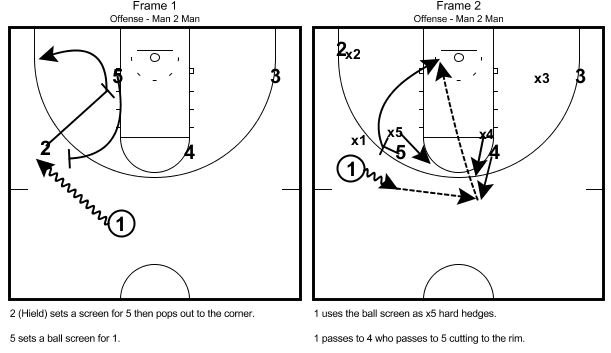 This play goes through a variety of actions (ball screens and dribble handoffs), but ends up with Buddy Hield having the ball on the left wing. Once he has it, he can make a play to score or drive and kick. 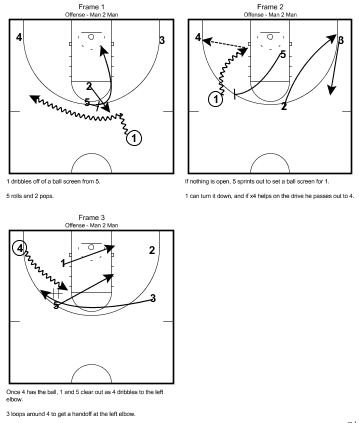