Lon Kruger just finished his 30th season as a college head coach and had a remarkable season making it to the Final Four in Houston. The Sooners had the National Player of the Year with Buddy Hield, who went on to be the number 6 pick in the 2016 NBA Draft. Hield was drafted by the New Orleans Pelicans. Kruger has compiled a 590-361 record coaching UTRGV, Kansas State, Florida, Illinois, UNLV, and Oklahoma. He has improved the Oklahoma number of wins in every season going from 15 wins in 2012 to 29 wins in 2016.

The video breakdown below goes into several dribble handoff actions used by the Sooners. Lon Kruger does a great job of creating scoring actions for Buddy Hield (and others) by using stationary and dribble handoffs.

This baseline out-of-bounds play was used in the 2016 Final Four against Villanova. The play starts with the big cutting out to the wing to catch the inbounds pass. Once the big has the ball, Buddy Hield loops around for a quick handoff and shot. 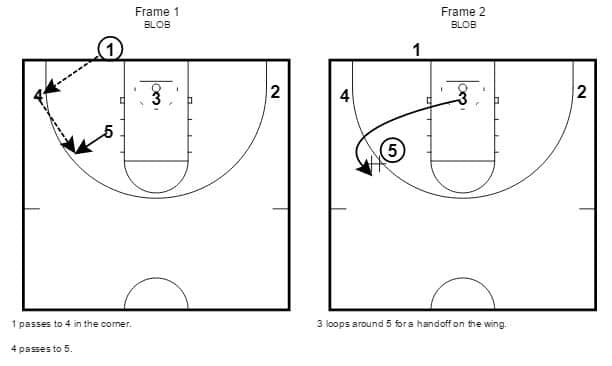 In this handoff action, the Sooners slip a high ball screen with Ryan Spangler and pass it to him on the slip. Spangler can then pass to the wing and set a ball screen or give the ball to the wing player (Buddy Hield) with a dribble handoff. The quick slip can make Spangler’s defend fall behind in trying to guard the screen or handoff. 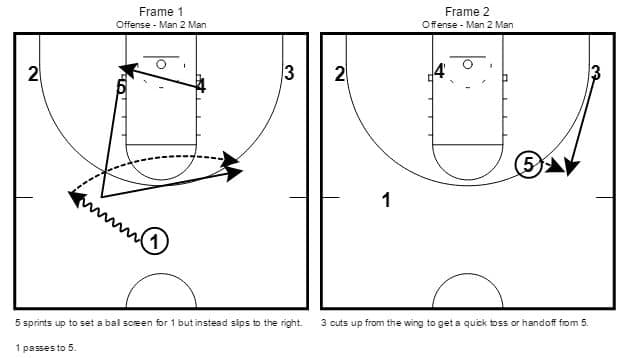 Here is another set from the NCAA Tournament, this time from the game against VCU. This play starts with a stack horns set but if nothing is there on the initial action the big will sprint up to set a ball screen. In the event that the point guard turns down this ball screen and passes out to Spangler in the corner, Spangler dribbles towards the weak side high post and looks to handoff to Buddy Hield looping around from the right wing. 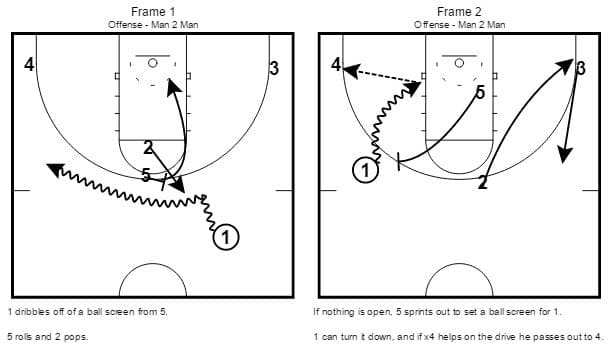 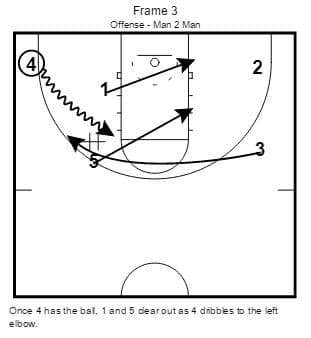