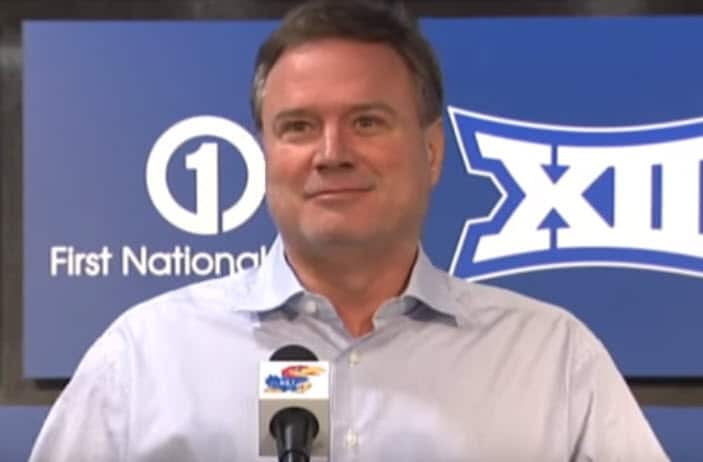 George Washington’s baseline out of bounds series is based around a 1-4 low formation with both bigs at the blocks. When they have an athletic point guard or player (the player in the corner could be 1 the 2, or the 3) they look to get a lob, they run a reverse stagger screen toward the rim. They disguise this as both players “lifting” or backpedaling to the elbows and then cutting off the lift and setting a stagger screen toward the basket.

This set begins with the formation, 4 & 5 stacked together in line with the ball looking to fake a screen for the 3 man toward the corner. 3 then sets a backscreen for 4 who looks for the lob at the rim from 1. After 3 sets the screen looking for the lob, he then cuts outside of 5 to the corner to look and get a corner 3. 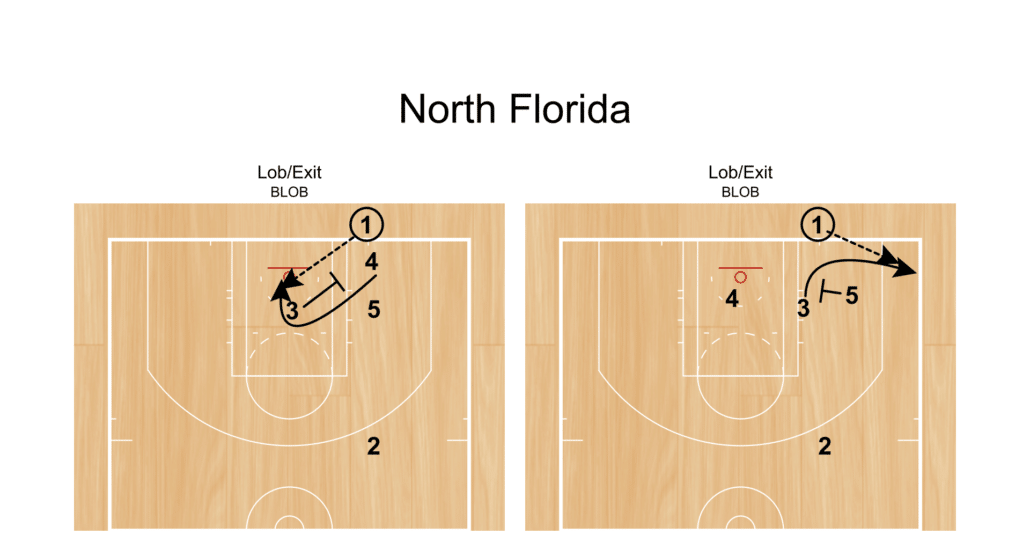 This set can be run for any player 1-5 as long as they are a good enough athlete and whichever player you want to catch the lob they begin at the 3 position or at the ballside elbow. The big man at the 4 position screens the outside of the zone and the lob man cuts to the corner and receives the pass, after he catches he passes to the 5 man at the top of the key. After inbounding the ball, the 1 sprints through the zone to the opposite lane line extended and receives the pass from 5. 2 cuts under the zone and screens the low outside man and 4 screens the backside of the x5 man in the middle of the zone. Bill Self teaches his players to pretend like you are shooting the ball to the corner of the backboard when throwing a lob to the 3 man to catch it easier. 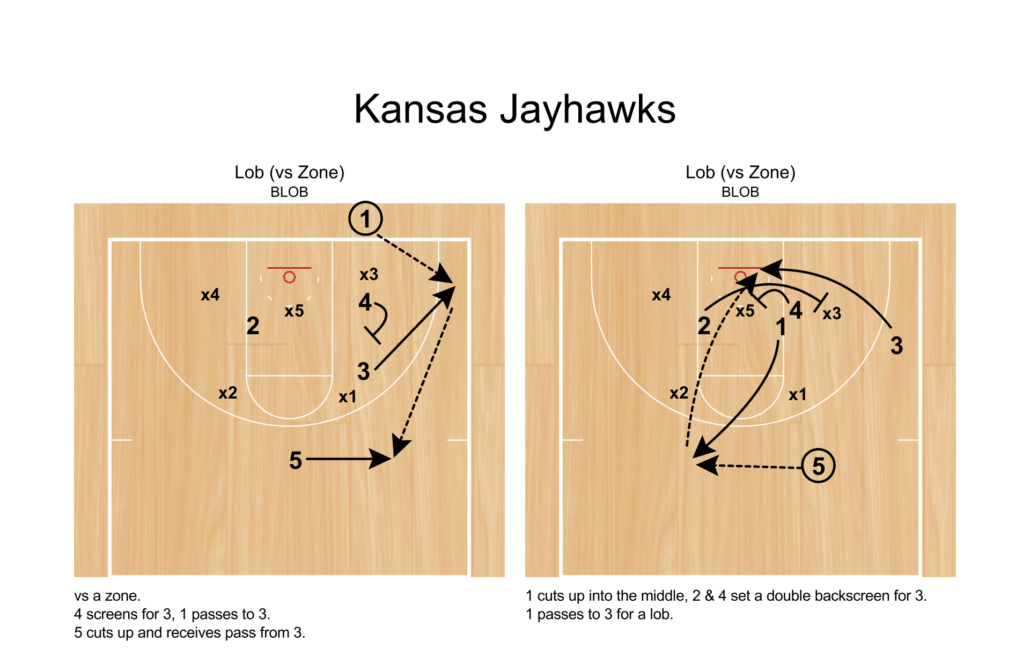 In the 2016 NCAA Women’s tournament the South Carolina Gamecocks ran a good counter to their normal screen the screener set out of the box formation. Their point guard sets a cross screen for the 4 at the elbow as 2 curls off him to the corner. After the point guard then sets a backscreen for the 5 to look to catch a lob over the top. The key here is the 5 faking cutting out toward the corner and curling quickly off the backscreen from 1. 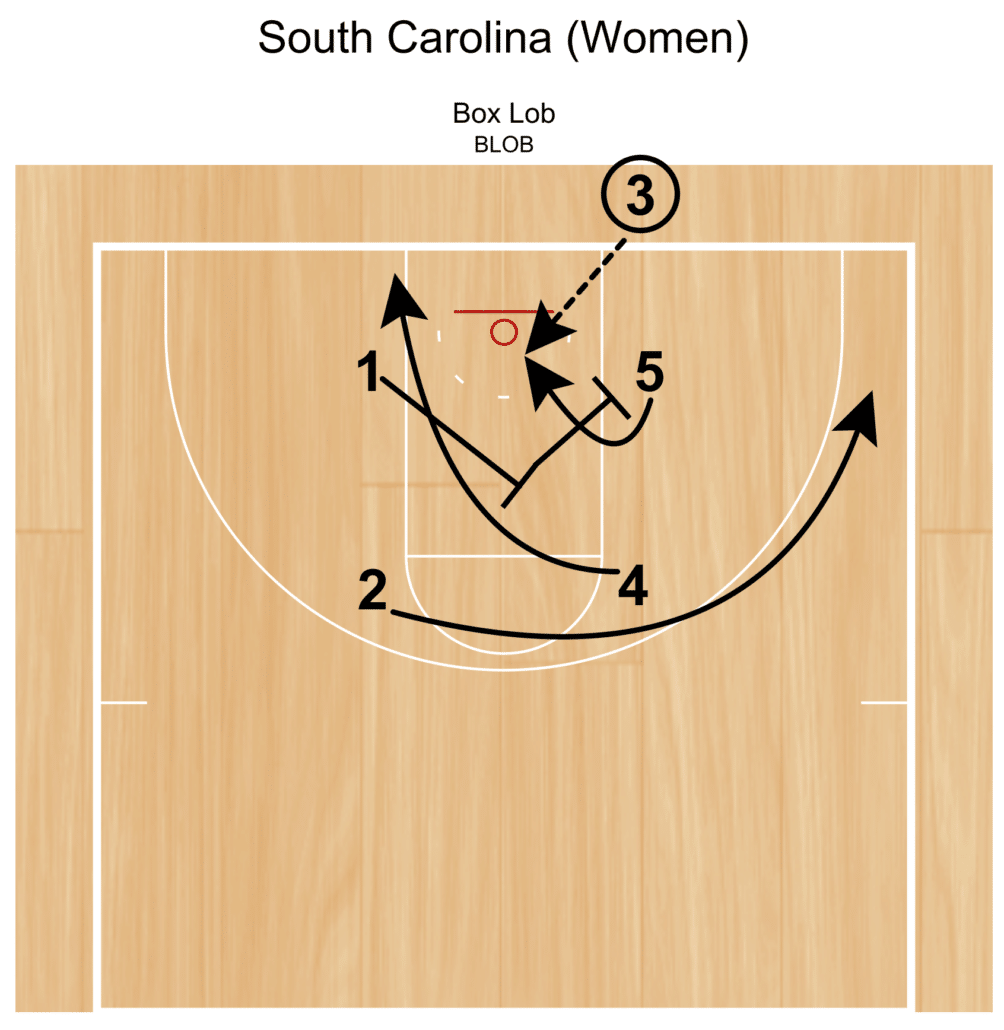 The same box formation we just looked at from the South Carolina Women, this is a little different variation of a lob for an athletic 2 man. 2 cuts down and sets a backscreen for 4 to look and get a lob or a quick score. As this is going on the 3 man cuts to the opposite corner and the 5 man dives toward the ball in the short corner or the dunker’s spot. After 2 screens down for 4 he slowly looks like he will cut to the corner and then curls off of 5 to the rim for a lob. 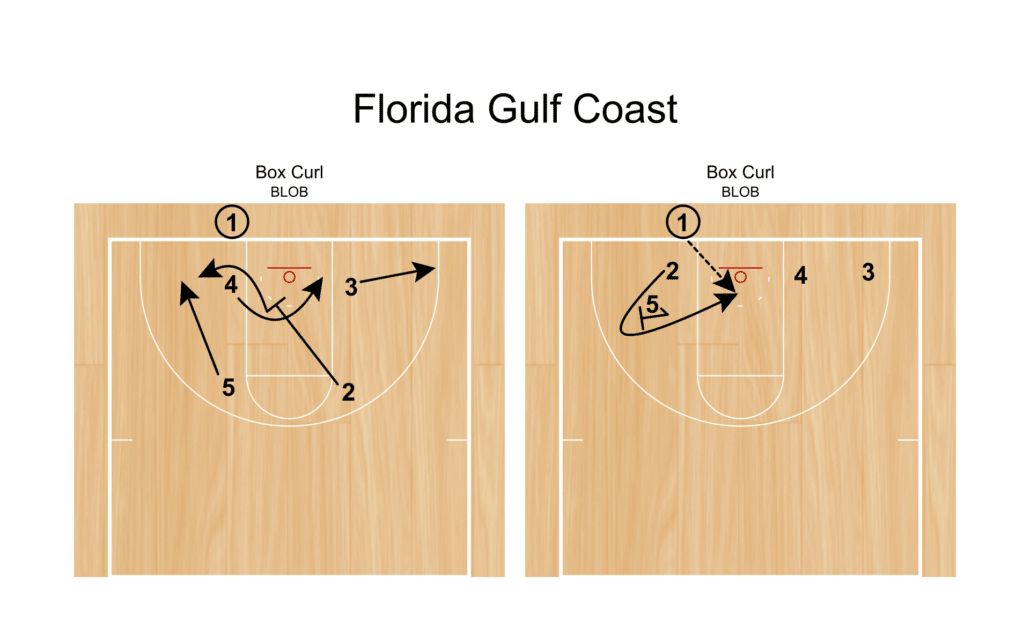 FC Barcelona is very creative with their baseline out of bounds series and they use this slip set when the shot clock or game clock is shortened and they need a quick score. 2 cuts over the top of 4 & 5, a typical action they look to score off of in baseline out of bounds sets. As this action is occurring, 3 sets a backscreen for 4 on the weakside as a fake action and then slips to the rim looking for a lob. 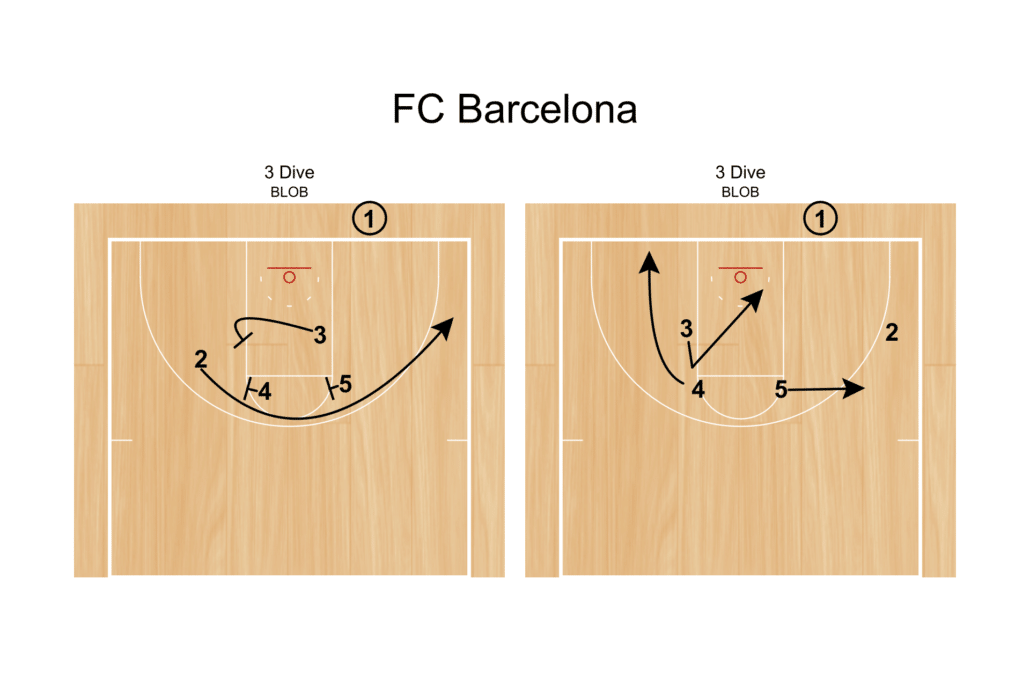