In his first five seasons as head coach of the Boise State men’s basketball team, Leon Rice has taken the Broncos to the NCAA Tournament twice and won at least 20 games four times.

They have a very tall line-up and their guards & forwards can interchange in the Broncos Offensive schemes.

This is a Motion look with backscreens, ball screens, lots of movement and ball reversal actions designed to move the defense into multiple rotations.

The Leon Rice Boise State Motion Offense Set Play is just one play that makes the effective screening actions and scoring opportunities for everyone on the court. Most of his plays have down screens, flare screens, and ball screens in them which are more difficult to defend. 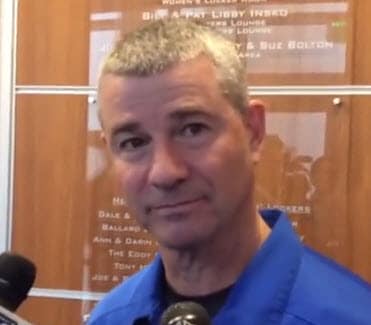 I would be watching the Leon Rice Boise State Broncos when you get a chance this year. Most of Coach Rice’s teams run through their sets against man to man defense. The Boise State System features great spacing on the offensive end and showcases a variety of ball screens and dribble hand-offs.

The Leon Rice Boise State Broncos will also go back to their roots at Gonzanga University. Coach Rice was a member of the coaching staff with Mark Few. They run several counters for quick hitters that involve the flex offense rotation. These options include: post ups, 3 point opportunities, backdoors and lob plays for your team in the flex. This video is packed with quick scoring opportunities.

You will be able to learn a lot from this up and coming coach.