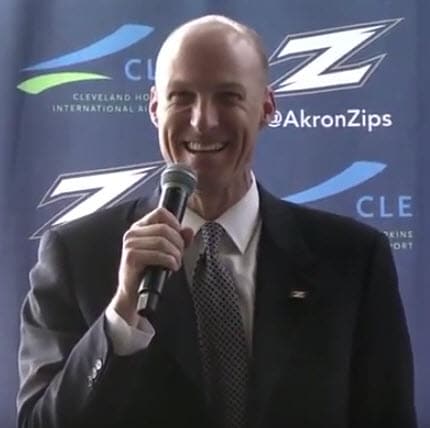 What type of Man-to-Man Half Court Defense does the John Groce Nike Clinic Notes talk about?

Is John Groce better than Keith Dambrot at the University of Akron?

Keith Dambrot left the University of Akron for Duquesne, and the powers at Akron wanted to find an experienced basketball coach. It’s not a job for a young guy who was the second assistant at a High major program.

Keith Dambrot won more games than anyone in Akron history. He took the Zips to the MAC tournament finals nine times and the NCAA Tournament three times.

So who does John Groce bring to the table?

Coach Groce was a smart, solid choice by the Athletic Director when he was looking to find a replacement for Dambrot. Groce took Ohio to the NCAA Tournament twice where he won a NCAA tournament game. He also led Ohio to the Sweet Sixteen in 2012.

John Groce is an Area guy:

Coach Groce is from Indiana and has coached in Ohio at Xavier, Ohio, and Ohio State University. He was the head coach at Illinois where Coach Groce’s record was 95-75. His Midwestern contacts mean that he knows the high school and AAU coaches in the area.

One of the first things that Coach Groce did was meet with the Zip players. He has talked to them all. He had seven players at the press conference.

So the Zips are losing two seniors and two players transferring to Robert Morris. It’s important that he keep all the talent that he can from last year’s 27 win team that set a school record.

The John Groce Nike Clinic Notes will show how he want to play:

He will get to know his team and adapt to his personnel. They want to attack everything that they do. Coach Groce wants to play with speed, pace, and great spacing. They will run a lot of pick-and-roll. Player development will be huge.

How will the Akron Zips play defensively:

They will play man-to-man defense and sprinkle in a little zone.

← Prev: What you should know about the Dana Altman Oregon Ducks Half Court Man Offense! Next: Let this Full Court Press Defense Playbook make your team a pressing terror! →