The Jim Boeheim Syracuse Orange have a game today in the NCAA Final Four against UNC. The other two team in the Final Four are Oklahoma and Villanova. Despite being rivals in the Big East, Villanova Coach Jay Wright and Jim Boeheim have had a relationship long before the league had realignment. Jim Boeheim had a relationship with Jay Wright long before he left Hofstra Univeristy. They have a bond that lead them to be involved with Team USA, a chance that Coach Wright hasn’t forgotten. 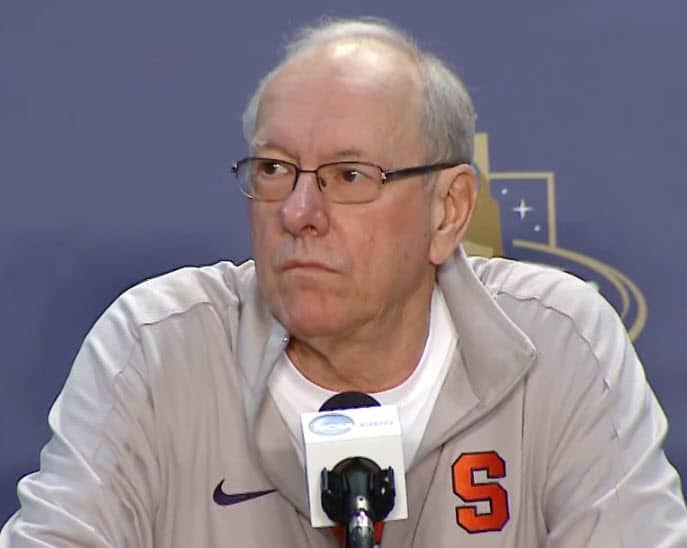 If the Jim Boeheim Syracuse Orange play the Jay Wright Villanova team in the NCAA Finals then they will still be friends after the championship loss. Coach Wright thinks that most coaches have a misconception of Coach Jim Boeheim. Coach Boeheim is one of the nicest guys in the world to coaches. He always has taken care of coaches across the country.