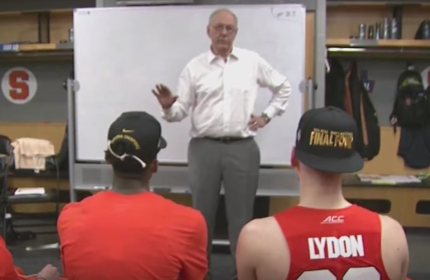 In this offense, 4 and 5 start on the blocks with 3 in the corner. The other two players out out on the perimeter forming the “23” set. As a post flashes high, 1 passes and moves to the wing. 5 can pass to 2 and follow for a ball screen. If 2 passes out, 5 flashes high and looks to make the high low pass to 4. If it’s not there, 5 dives low as 1 brings the ball up, forming the “23 again”. From this point, 3 can cut off of 4 and/or 5 at the blocks for a shot. If 3 doesn’t get anything, the bigs can step out to ball screen OR 2 can become the low guard and use the screens from the posts. 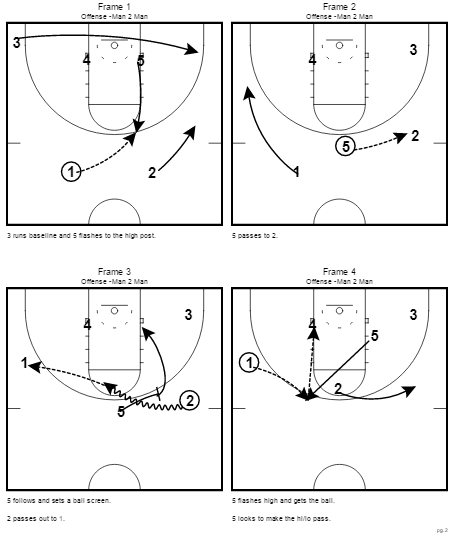 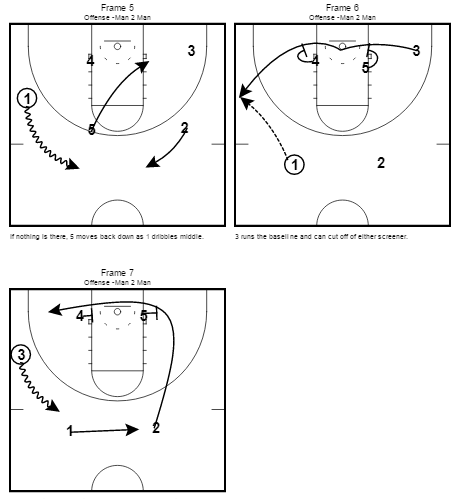