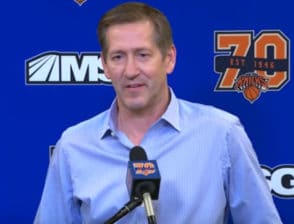 On Christmas Day, the New York Knicks played host to the visiting Boston Celtics. Christmas wouldn’t be kind to the hosts, as the Celtics would leave with an 119-114 win.

The Knicks tried to make a late run, but the Celtics’ response was too much. Isaiah Thomas scored 27 points, Marcus Smart made a 3 with 47 seconds left after Boston blew a late lead to give Boston the lead for good.

Carmelo Anthony scored 29 points, and Derrick Rose had 25 for the Knicks, who fell to 22-29 in their NBA-record 51 Christmas appearances.

The Basketball Plays tonight has some set plays for the New York Knicks on Christmas day.

The Knicks are currently 18-22 on the season and tied for 10th place in the Eastern Conference.

Jeff Hornacek is in his first season with the Knicks after spending the previous three seasons with the Phoenix Suns where he tallied a record of 101-112. He also enjoyed a 14-year playing career in the NBA with three different team- Philadelphia 76ers, Phoenix Suns, and the Utah Jazz.

What is going on with the New York Knicks right now?

The New York Knicks aren’t playing good enough defense in the fourth quarter. They have lost games recently where Derrick Rose has botched late-game defensive assignments that led directly to Knicks losses. Rose is leaving his man in the corner to help out like in the game where Devin Booker hit a three-point shot wide open after Rose sunk into the lane too much.

Carmelo Anthony led all scorers in the game against the Phoenix Suns, but his potential game-winning three rimmed out as time expired. They aren’t stopping people when it counts right now. 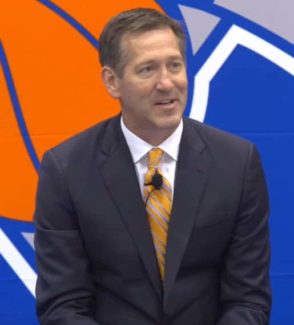