The Jay Wright Villanova Wildcats are leading the UNC Tarheels right now at the 6:00 minute mark left in the 2nd half. Villanova is 63 and UNC is 57. The great guards in March are starting to take over. I would have never thought that Villanova would be out scoring UNC in the post either. The Wildcats are scrambling for everything on defense and out-hustling the Tarheels at the moment. Here’s a great set of Jay Wright Villanova Skill Development notes.

It’s been 31 years since Rollie Massimino and Villanova won the National championship in 1985. I can tell that Jay Wright has gone to his mentor’s bag of tricks in this National Championship game. The Wildcats are on a playing like their hair is on fire. The Villanova Wildcats are playing very stingy defense and causing some turnovers. 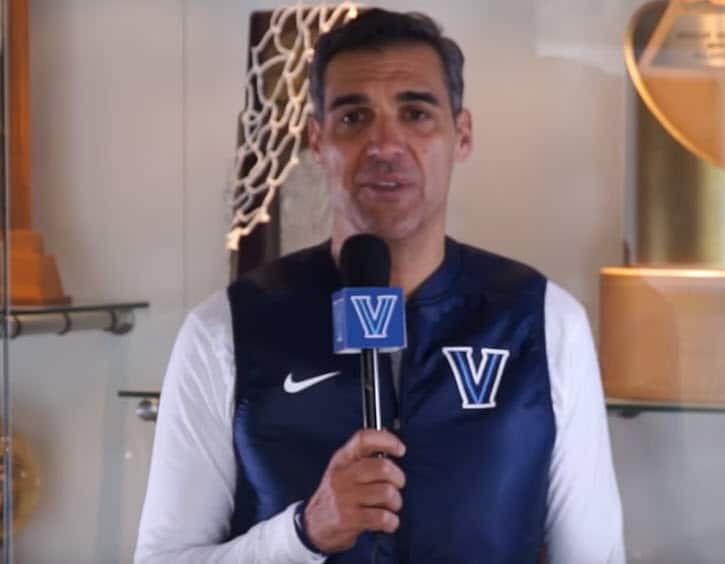 I think that if Villanova can keep this lead then maybe UNC won’t be able to mount a comeback, especially since they don’t shoot well from the three point line.

Villanova is doing differently than UNC with recruiting players. Jay Wright isn’t housing tons of future lottery picks or one and done guys. He is recruiting guys that want to play college basketball at Villanova.

Villanova doesn’t have any stars. Nobody on the team is in the top 250 in Division 1 scoring. No one is getting drafted in the first round.

They are getting high character guys that have that “Philly” work ethic and getting in the gym with Coach Jay Wright and becoming a better player.

I think that you are going to like these Jay Wright Villanova Skill Development notes. You can tell that Coach Wright is building his guards and post players the “Wright Way” and they are producing on the basketball court.