I watched Iowa State’s win over Texas Tech last night and I got a couple things from the Iowa State Cyclones Offense. Georges Niang had a unique look during the first half of the game and that was him being on the bench. The Senior All-American picked up two fouls in the first 2 minutes, 7 seconds of the game and then a third much later in the half to leave him relegated to being a spectator for all but four minutes before halftime.

The 13th-ranked Iowa State Cyclones Offense did fine without their best player, building on a lead that reached 18 before half-time. The cyclones have a lot of firepower in their roster and they picked up the slack.

Both of Niang’s early fouls came on contesting shots. Niang admitted to picking up two silly fouls early by jumping off the ground. He told reporters that he knows better than that.

The Iowa State Cyclones Offense never really got in rhythm last night, but they scored enough points to win. George Niang finished the second half to finish the game with 14 point on 5 of 12 shooting while grabbing six rebounds and dishing out a pair of assists. 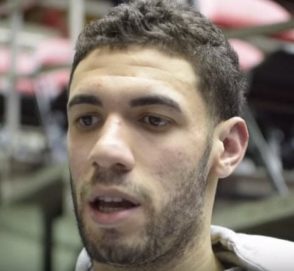 With most of the Texas Tech defenders collaping on Georeg Nigang, it left Matt Thomas open quite a bit.Thomas had 22 points and tied a career-high with six 3-pointers to help push No. 14 Iowa State to a 76-69 win against Texas Tech. His 6-for-10 shooting from long range in 38 minutes was good enough to move him into the top 13 in ISU history for 3-pointers (111), but that key bucket in the final minutes was possible because of No. 31.

The Iowa State Cyclones Offense (12-2, 1-1) has tons of firepower.  I don’t think that they shot the ball that well during a 2nd half stretch.   They have shown a lot of firepower if Niang gets into foul trouble or hurt. If he is going strong along with his Iowa state cyclones then they will definitely have a chance to make the Final Four in Houston this year.